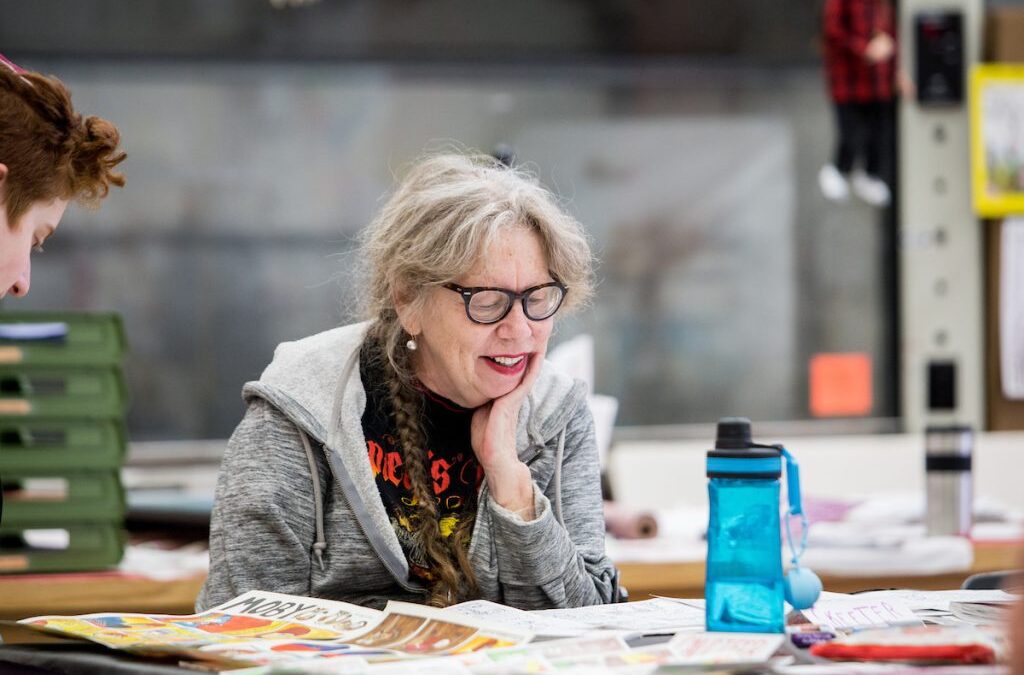 UW–Madison’s Lynda Barry discusses the power of play in a recent New York Times magazine feature that is headlined, “A Genius Cartoonist Believes Child’s Play Is Anything But Frivolous.”

Barry, who is a professor of interdisciplinary creativity and holds the Chazen Family Distinguished Chair in Art in the School of Education’s Art Department, in 2019 was awarded a prestigious MacArthur Fellowship, often referred to as a “genius grant.” It is fair to say, notes the New York Times, that Barry is an expert on self expression and making art.

But, in many ways, the story adds, not nearly as much of an expert as “your average little kid.”

“Adults think that kids playing is some nothing thing,” Barry says. “But play is a different state of mind, and it can help us do so many things if we just allow ourselves to get back to it.”

In the Q&A with New York Times writer David Marchese, Barry speaks about her experience working with college students — and others — and helping them rediscover play. One project she touches on paired PhD students with three- and four-year-old children, so that the children could help the graduate students with problem solving.

“It started because I noticed that whenever I was in some big creative jam, it was an interaction with a kid that got me out of it,” she says. Barry recalls that she had noticed that many of the graduate students she worked with appeared to be miserable, which she attributed to “this laser focus on getting one particular thing done. This feeling that unless you’re working on it at all times, things are going to be bad.”

“That kind of focus doesn’t set the conditions for insight or discovery,” she says. Barry explains that the kids were able to shift the students’ perspective in helpful ways.