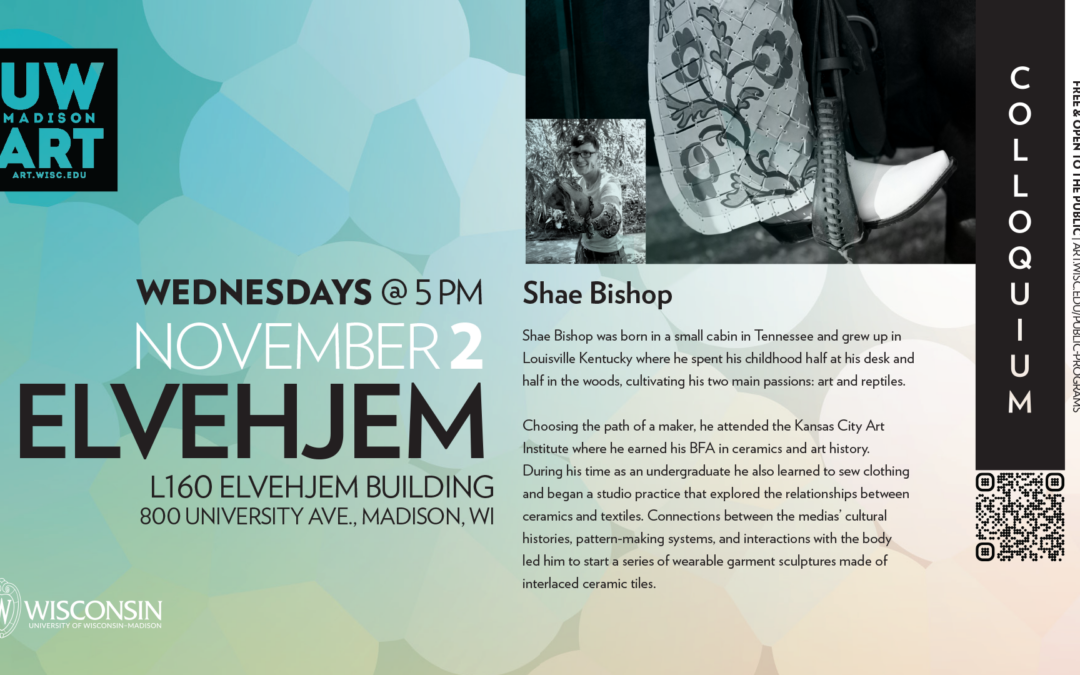 Shae Bishop was born in a small cabin in Tennessee and grew up mainly in Louisville Kentucky where he spent his childhood half at his desk and half in the woods, cultivating his two main passions: art and reptiles.

Choosing the path of a maker, Bishop attended the Kansas City Art Institute where he earned his BFA in ceramics and art history. During his time as an undergraduate he also learned to sew clothing and began a studio practice that explored the relationships between ceramics and textiles. Connections between the medias’ cultural histories, pattern-making systems, and interactions with the body led him to start a series of wearable garment sculptures made of interlaced ceramic tiles.

After completing a two-year residency at Red Star Studios in Kansas City, Bishop moved to the Blue Ridge Mountains of North Carolina. While there he worked as studio assistant to sculptor Cristina Córdova, became part of the local craft community, and assisted classes at the Penland School of Crafts. Bishop was a summer resident at the Archie Bray Foundation in Montana, and a visiting artist at San Diego State University, California College of the Arts and elsewhere. Residencies, classes, and research have also taken him to Hungary, Turkey, Mexico, Cuba, Puerto Rico and Indonesia.

Bishop currently divides his time between Tennessee and North Carolina, where he is a founding member of Treats Studios in Spruce Pine. He lives with his partner Annie Evelyn, as well as two dogs and a snake. shaebishop.com