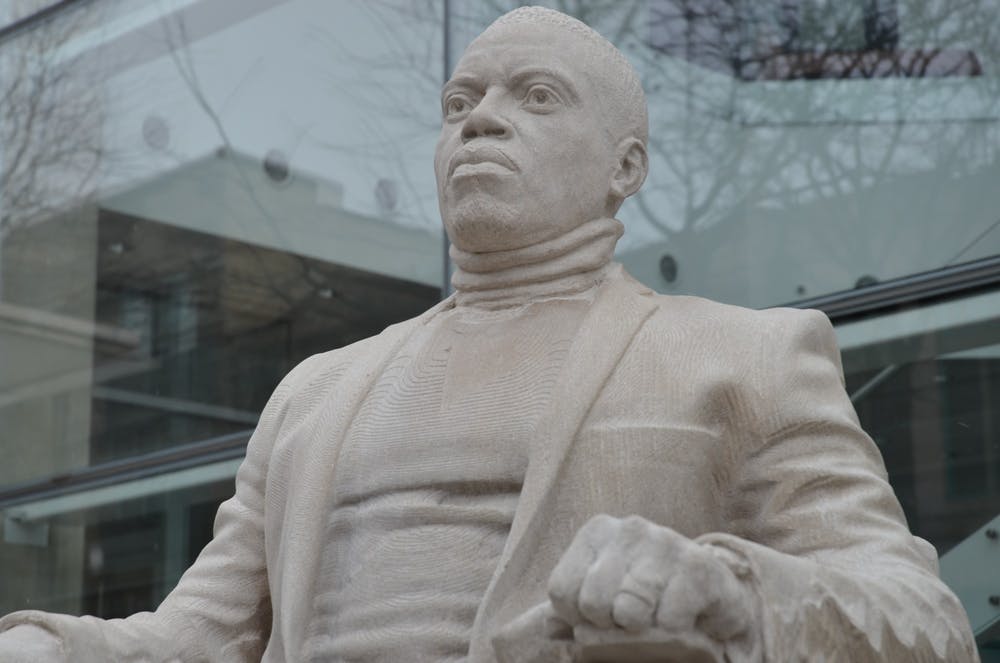 University of Wisconsin-Madison professor Faisal Abdu’Allah unveiled his new statue “Blu³eprint” on State Street Tuesday. The statue is a depiction of himself at a barbershop in London where he created friendships, learned about other cultures and life, according to The Wisconsin State Journal.

The “u” in “Blu³eprint” is to the power of 3, taking inspiration from a Swahili word with three U’s in it, “Ubuntu.” Abdu’Allah explained that “Ubuntu” refers to the interconnected nature of humanity.

“A person is a person through other people,” Abdu’Allah said in an interview with the Madison Museum of Contemporary Art.

Abdu’Allah created the statue to be a “counter monuments”, after being inspired by the removal of several Confederate monuments from public spaces in 2017. Abdu’Allah thought that erasing sins from the past would not solve the issue.

“He was saying to his students that instead of spending millions of dollars to take these monuments down, invest in artists of color to create new ones,” said Leah Kolb, MMOCA’s curator of exhibitions.

Plans to make Blu³eprint began in 2017, but MMOCA did not commission the piece until early 2020. The museum enlisted Madison’s Quarra Stone Co. to carry out the stone-carving process. After scanning Abdu’Allah with a 3-D scanner, Quarra carved his figure into limestone using computer-operated robots.

Read more at The Daily Cardinal