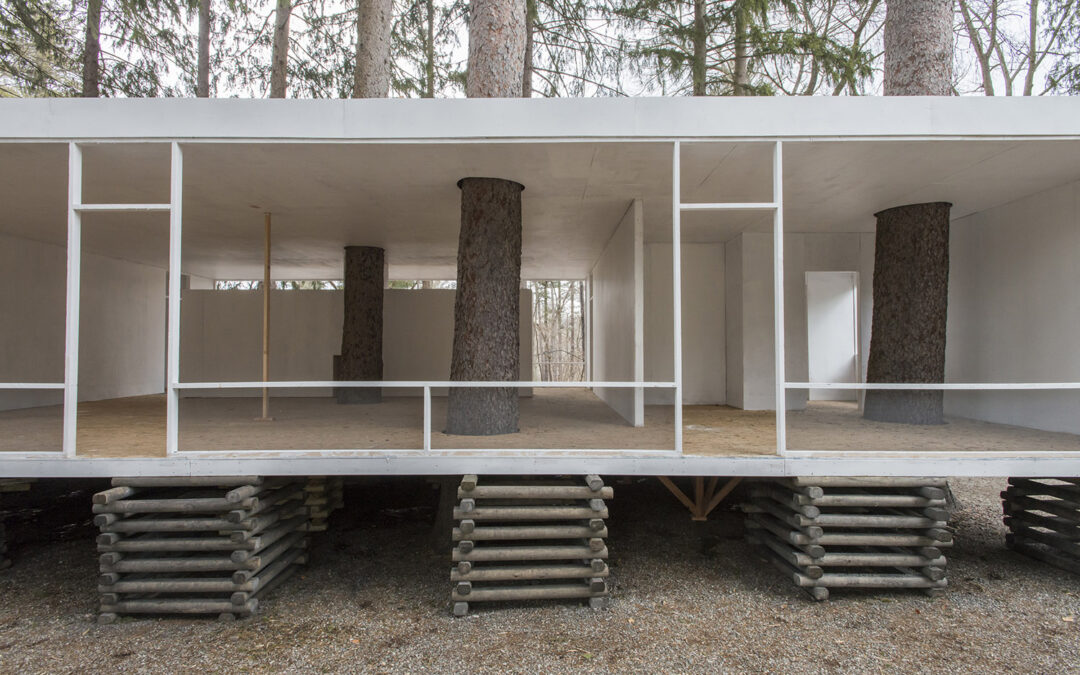 Chris Larson is a multi-media artist who engages his imagination in a number of different artistic disciplines, including sculpture, photography, drawing and filmmaking. What results is art that often makes a grim statement about human existence, but is also attention-grabbing for its sheer size or ornate detail. As a sculptor with impressive carpentry skills, he’s often concentrated on making incredibly elaborate, archaic-looking wooden machines from some bygone era. He does it in part to see where his imagination will take him, but also because of the way it engages the viewer. Richly metaphoric, Larson’s work dissolves clear boundaries between human and machine, purpose and absurdity, and the possibility of spiritual transcendence versus mechanistic determinism.

Larson was born and raised in St. Paul, Minnesota. In addition to exhibiting throughout the United States, Larson has participated in group exhibitions in Brazil, Canada, China, France, Mexico, Peru, and Uruguay, and he has had solo exhibitions in Switzerland and Germany. His work was recently featured in the Whitney Biennial (2013). Larson has also received fellowships from the Louis Comfort Tiffany Foundation, the Minnesota State Arts Board, and the McKnight, Jerome, and Bush foundations.

Larson is an Associate Professor of Art at the University of Minnesota, Twin Cities. Larson is the publisher of INREVIEW, a print publication presenting critical responses to art in the Twin Cities. Recently he also co-founded Second Shift Studio Space of St. Paul, a nonprofit residency program and gallery serving artists in the Twin Cities that identify as female. He received a BFA from Bethel College in 1990 and an MFA from Yale University in 1992. chrislarsonstudio.com