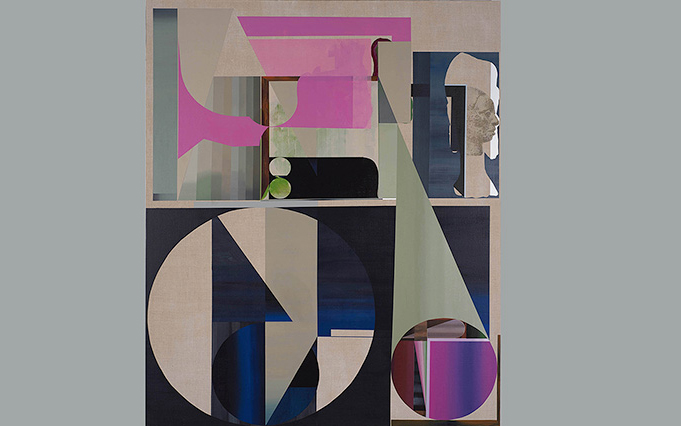 The work of Rubens Ghenov lies at the intersection of fact and fiction where painting, storytelling and sound comprise the preponderance of his work. Both their vernacular and potential inexorably constitute the architecture of his praxis. As an immigrant turned naturalized citizen, Ghenov has become accustomed in localizing the past and the present in this precarious juncture where fact coupled with memory compose fiction.

Within this nebulous triad, the work takes its form attempting to procure a form of poetry where all interests collide, conflate and concoct a work where the familiar assimilates and deliquesces into the abstract, and vice versa. A metabolism where fact slowly coalesces with or into fiction and the latter disassembles itself in verisimilitude and the invented. The vocabulary of self portraiture, still life and abstraction amalgamate, although remaining somewhat undissolved in the work to form another type of idiom, a kind of broken bilingual language.

Ghenov was born in São Paulo, Brazil and immigrated to the US in 1989. He received his MFA from Rhode Island School of Design (RISD) in 2010. Ghenov has shown nationally in both solo and group exhibitions at Morgan Lehman Gallery (NY), Geoffrey Young Gallery (MA), TSA Brooklyn (NYC), Woodmere Art Museum (PA), and the Philadelphia Museum of Art (PA). In 2013, he co-curated with Dona Nelson the 72nd Annual Juried Exhibition at the Woodmere Art Museum. Ghenov has been featured in Art in America, The Village Voice, Bomb Magazine, Title Magazine and The Philadelphia Inquirer. rubensghenov.com