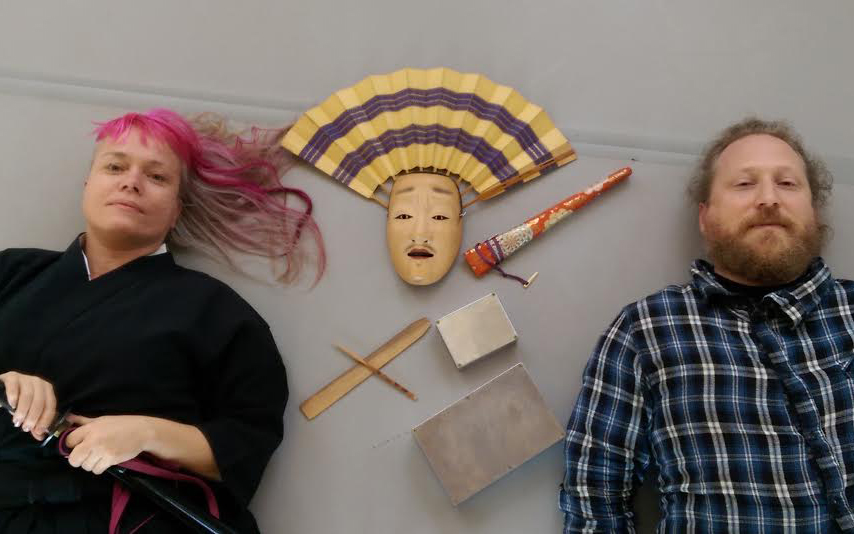 Ami Skånberg Dahlstedt, PhD in Dance from University of Roehampton, UK, is a performer, choreographer, filmmaker and teacher. She is the current Head of the Master’s programme in Contemporary Dance Education at the Stockholm University of the Arts, and also works at Academy of Music and Drama at University of Gothenburg. 2015-2018, Ami co-chaired the Nordic Summer University Study Circle of Artistic Research with Dr Lucy Lyons. She is a member of the Peer Review board of Journal of Artistic Research since February 2017.  Ami often creates stage work (solo, and collaborative) based on her embodied life story in a particular theme. Her 90-minute solo performance A particular act of survival received a performing arts award at Scenkonstgalan in Sweden in 2015. Recent work are Atsumori/Hero (for the Noh theatre Festival in London), The laugh of the Medusa, and Yamamba—waltz for a wounded Ancestor. Her new screendance piece Ancestor premiered at Dansfilmfestivalen in February 2022. Ami makes dance films and documentaries about dance. Her debut film won an honorary mention at VidéoDanseGrandPrix in Paris 1995. Her fiction film The Dancer—a fairy-tale was nominated the Golden Hat Award at Gothenburg Film Festival the same year. A collection of her films are released by njutafilms.com.  She walks slowly as a ceremonial, subversive act thanks to her studies with Nishikawa Senrei and work with Japanese dance in Kyoto since 2000. Her research interests are practice-led and concern gender codified movement practice, non-hierarchical treatment of global dance techniques, and auto-ethnographic accounts from within the practice.

Palle Dahlstedt (b.1971) is an artist, composer and researcher from Sweden. He has studied piano, composition and electronic music (MFA, MA), and has a PhD in evolutionary computation for artistic creativity from Chalmers (2004). Dahlstedt studies the deep entanglement of art and advanced technology, particularly in relation to creative and aesthetic implications. He develops new technologies for improvisation, composition and art, and is especially interested in advanced algorithms in creative process, in technologies that allow for embodied performance on electronic sounds, and new kinds of interactions, based on a systems view of emergence from human-technology interactions. He constantly steps over into other art forms such as photography, visual arts and performance, and collaborates regularly with artists from theatre, poetry, dance and visual arts.He has contributed  technologies and theories to the field of computational creativity, and has received extensive artistic research funding from the Swedish Research Council and WASP-HS. Dahlstedt is currently Professor of Interaction Design at the Department of Computer Science and Engineering, University of Gothenburg and Chalmers University of Technology, and also lecturer in electronic music composition at the Academy of Music and Drama, Gothenburg. He is also adjunct professor in Art & Technology at Aalborg University, Denmark.