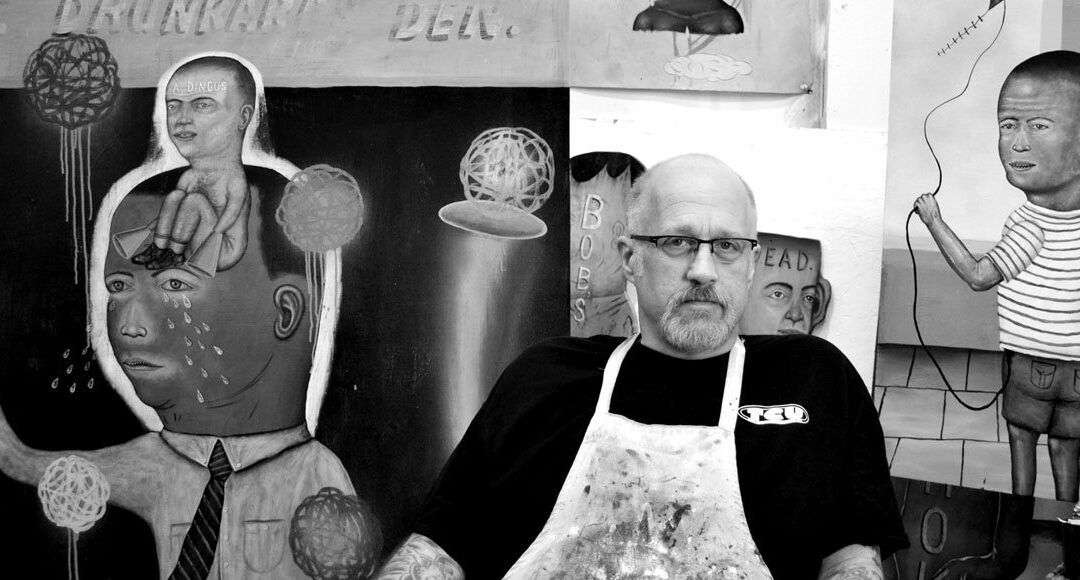 Madison artist and professor Fred Stonehouse is known for his surrealist, mystical visual work that seems to pull dreamlike imagination into a framework of American and religious folklore. Painting is a form of storytelling for Stonehouse, who says that “if a story is worth telling it’s worth embellishing.” Fantastic, bizarre, and unexpected representations of characters and landscapes are clearly present in Stonehouse’s visual work, though in his oral storytelling serve as ornate enticement. He describes his stories as “mostly pretty visual… I think in those terms where language and image kind of connect for me.”

Stonehouse has developed a reputation among students and faculty as a storyteller. “When you’re in class, an art studio class for two and a half hours, you have a couple options: you can do nothing and be quiet, you can lecture [the students]… mostly, I just tell stories because if I don’t then I’ll just walk around pestering them while they’re working and that’s not helpful,” he says. A student once asked Stonehouse, “how do you have so many stories? I don’t have any stories,” to which Stonehouse replied, “You do [have stories], you just don’t think of shit that’s happened to you as stories.” Stonehouse, who has a tendency to remember much of his life in the form of a story, leans on subversion to turn his own random experiences into something imaginative and interesting. Like his visual work, his stories are surreal. Stonehouse says, “I am really interested in these stories that are like ‘where am I now, what does this mean,’ that leave you with more questions than answers.”