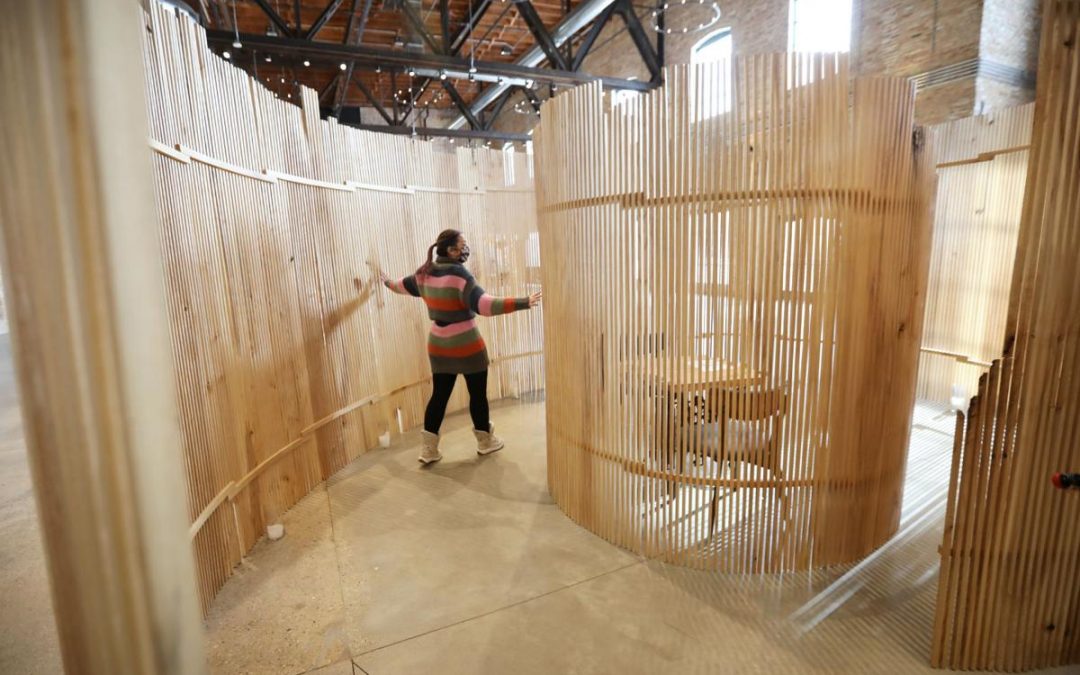 An illuminated metal sculpture designed to represent an oil platform rests on Lake Mendota in front of a silent, snow-covered Memorial Union Terrace.

Frozen pants, shirts and socks were hung on a clothesline at Garver Feed Mill and, in Law Park, a Yeti, who is a bit depressed over the state of the environment, looks over Lake Monona.

There are short films, a laboratory of trash, forums on activism and a series of online events.

In short, Winter is Alive! A Cooler World Carnival, a citywide arts and cultural event focused on climate change, may be one of the most-Madison events ever held. Only unlike the Willy Street Fair, La Fete de Marquette, Naked Bike Ride and Art Fair on the Square, long underwear and a good pair of boots will be a requisite to take in the outdoor exhibits and presentations over the next three weeks.

Just like the city’s quintessential summer events, the weather is cooperating at full blast.

“I like to do politically engaged art but that’s also very accessible to anybody from any background,” said Tamsie Ringler, 57, a sculptor, foundry artist and director of the event, who as a student at UW-Madison helped organize a nuclear war fashion show on State Street Mall.

“And that was the same kind of idea,” she said. “Using a platform that is familiar and to use it as a message. And I thought it would be really interesting to actually combine the idea of a winter carnival with the message of global warming.”