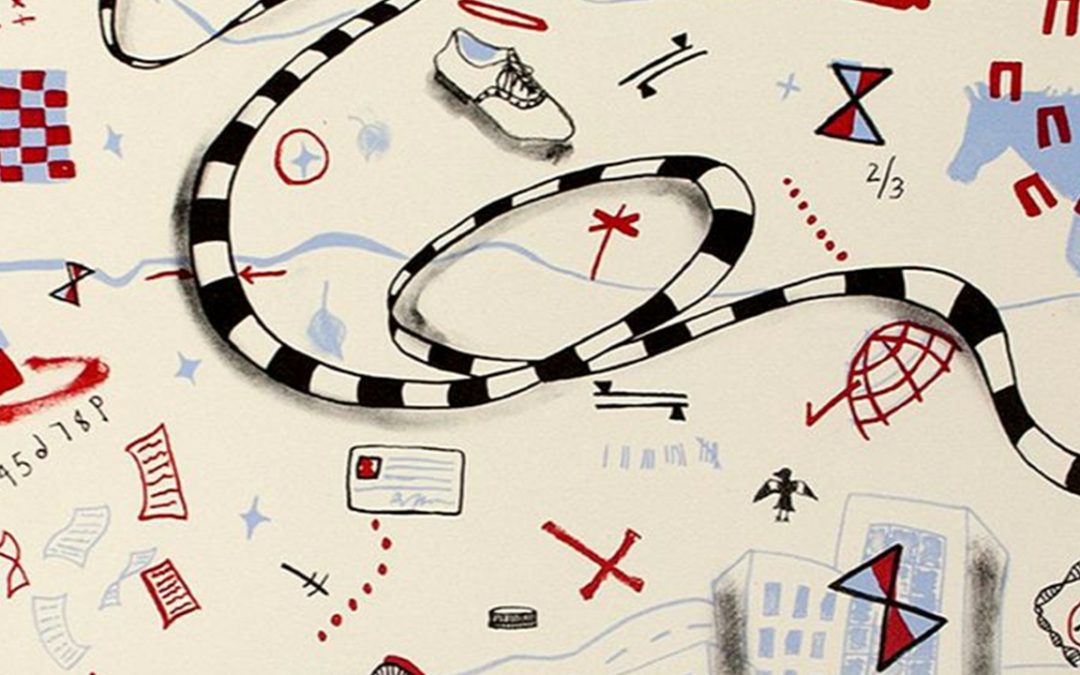 As it celebrates its 60th anniversary, the Tamarind Institute focused on editions published during the past decade. Among those featured is a final impression by Dyani White Hawk called Understanding II, 2013. The four-color lithograph was printed with the collaboration of Tamarind printer Emily Diehl.

Dyani White Hawk (Sičangu Lakota) creates intricate, exactingly-executed paintings that often combine the Lakota art of quill work with strong lines that echo blanket and moccasin patterns. She uses abstraction to bring American Indian tradition into a dynamic contemporary context. Her Tamarind lithographs are examples of her remarkable skills as an artist.

She says, “As a woman of Lakota and European ancestry my life experiences have been a continual negotiation of both Western and Indigenous educations, value systems, and worldviews. Through the amalgamation of symbols and motifs derivative of both Lakota and Western abstraction, my artwork examines, dissects, and patches back together pieces of each in a means to provide an honest representation of self and culture.”

White Hawk earned her MFA from the University of Wisconsin-Madison (2011) and BFA from the Institute of American Indian Arts (2008). Her artwork has been collected by many institutions including the Denver Art Museum; the Smithsonian National Museum of the American Indian in Washington, D.C.; Museum of Contemporary Native Arts in Santa Fe, N.M. and the Santa Fe Plains Indian Museum.

Read more at the UNM Newsroom