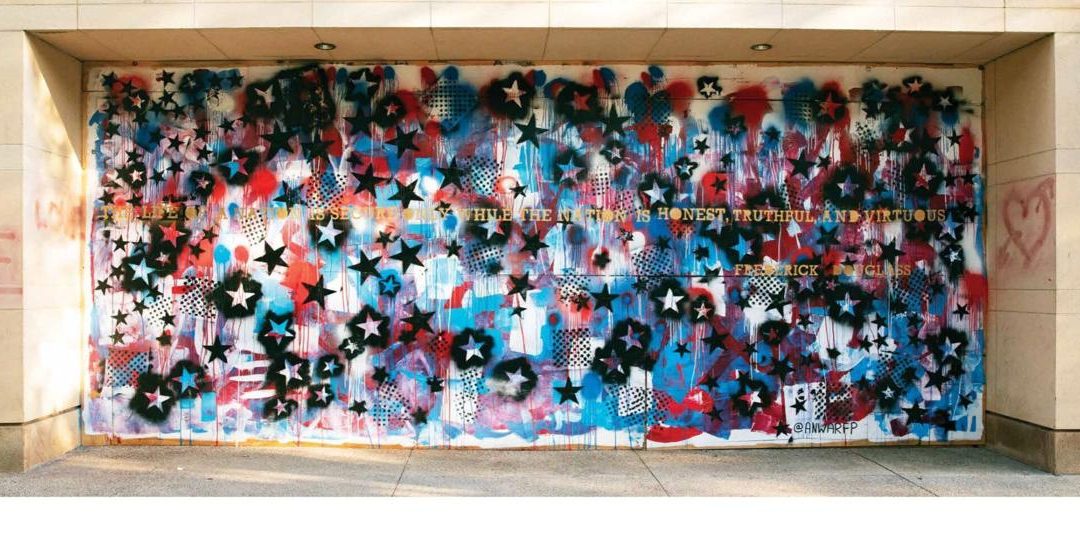 This Is A Revolution. Justice4Everyone.

Those words were painted on boarded up windows at 227 State St. early last summer and were part of a blocks-long impromptu art gallery that sought to both beautify a stretch of plywood boards and give voice to those protesting against the police killing of Black people.

The messages captured a moment in time.

The protests that took over downtown Madison streets throughout the summer led to business owners boarding up their storefronts after windows were broken. Those boards, in turn, became canvases carrying messages of anguish and pride from people of color.

At a time when many of the street’s retail stores and restaurants were closed due to the COVID-19 pandemic, damage suffered during the protests or both, the artwork brought people to the street.

But as the intensity of the protests subsided and the boards started to come down, many grew concerned that the messages of the murals would be lost. Preserving the works of art and their messages became a priority for Dane County Judge Everett Mitchell.

“I had just read a quote by James Baldwin about the role of artists is to take the intensity of the moment and redefine it,” Mitchell said. “I thought they were going to create a space of fear and anger and confusion when they first boarded up the windows.

“But artists can change the way that’s reflected and redefine those landscapes.”

Mitchell, the city of Madison, American Family Insurance and others teamed up to create a book, “Let’s Talk About It: The art, the artists and the racial justice movement on Madison’s State Street,” which features vivid photos of the murals and statements from the artists who created them. Weighing in at 256 pages, the hardcover volume is impressive. It comes in its own box.

An effort is underway to get copies of the book in the hands of all the artists and American Family officials are brainstorming ways to make the book widely available to the public, free of charge.

During a meeting American Family executives held with community leaders in June, Mitchell said one of the ways a big company could help was to preserve the artwork that added beauty to the downtown area. He was inspired by the art because he saw it as a mechanism by which to change the community at large in Madison.

Read more at the Cap Times