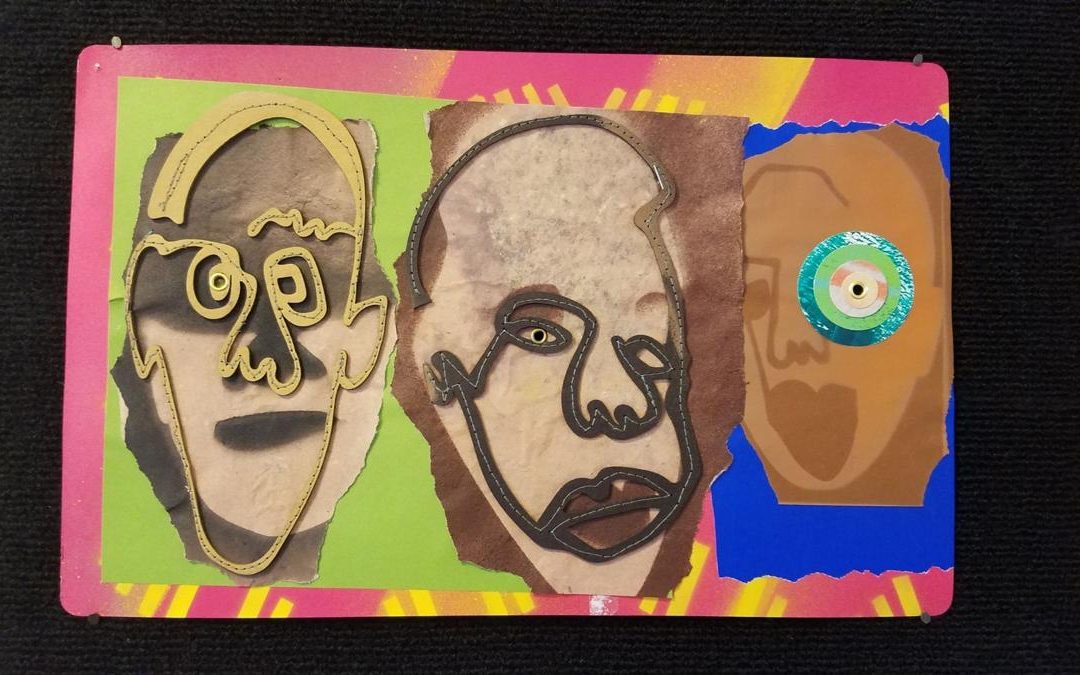 At the start of this summer, all Tony Catteruccia knew was “how to spray paint a wall and tattoo skin.”

He’d never envisioned his work in a gallery. Yet this fall, that’s where it is.

Catteruccia is a tattoo artist at Mind Floss Tattoo on Madison’s near north side and has made street art with Momentum Art Tech. In June, he and Lincoln Rust painted a mural downtown that people began referring to as “the George Floyd and Malcolm wall.”

“The impact it left on everyone — I almost forgot that I was the one that did it,” Catteruccia said. “So many things have happened since then.”

“From Here On Out,” set to run through the end of February, features work by more than 17 Black artists and allies who support the Black Lives Matter movement.

Working inside a gallery like Marzen and acting as a curator “pushes me as a human being, as an artist, as a father,” Catteruccia. “It’s cool.”

In 2008, LeMay founded Integrated Art, a company that works with offices and hospitals to decorate their spaces with original art. In 2014, she expanded into a gallery/ showroom on Atwood.

After a few years of regular gallery exhibitions, LeMay, discouraged by low sales, decided to host shows only when she felt inspired.

For this show, that inspiration came with a trip downtown after the George Floyd protests in late May.

“I was so moved by everything going on,” she said. “It was the murals that inspired me. I saw a mural that said ‘Silence is Violence’ and I thought, we have to do a show.”

LeMay represented some artists of color, but few of them were Black. She connected with Catteruccia, whom she’d originally wanted to hire to paint her white van. When he expressed interest in the rest of her work, she decided she wanted to be a resource and a mentor.

They put out a call for art, seeking work that was both protest-themed and not. The intention was to “celebrate Black lives and artists of color,” LeMay said. The majority, though not all, of the artists in the show are Black, which was also a deliberate choice.

“The thing that made this Black Lives Matter movement and the protests different was allies came out to the streets,” she said. “We are one race, the human race. If anybody wants to support the movement, we’re all in.”

Ultimately they chose work from Anwar Floyd-Pruitt, an artist who works in mixed media and just opened a solo show at the Chazen Museum of Art. They hung pieces by Tyanna Buie (whose work has been seen at the Madison Museum of Contemporary Art and Edgewood Gallery). They installed a digital slide show of Kenechi Unachukwu’s protest-themed photography.

Read more at The Capital Times