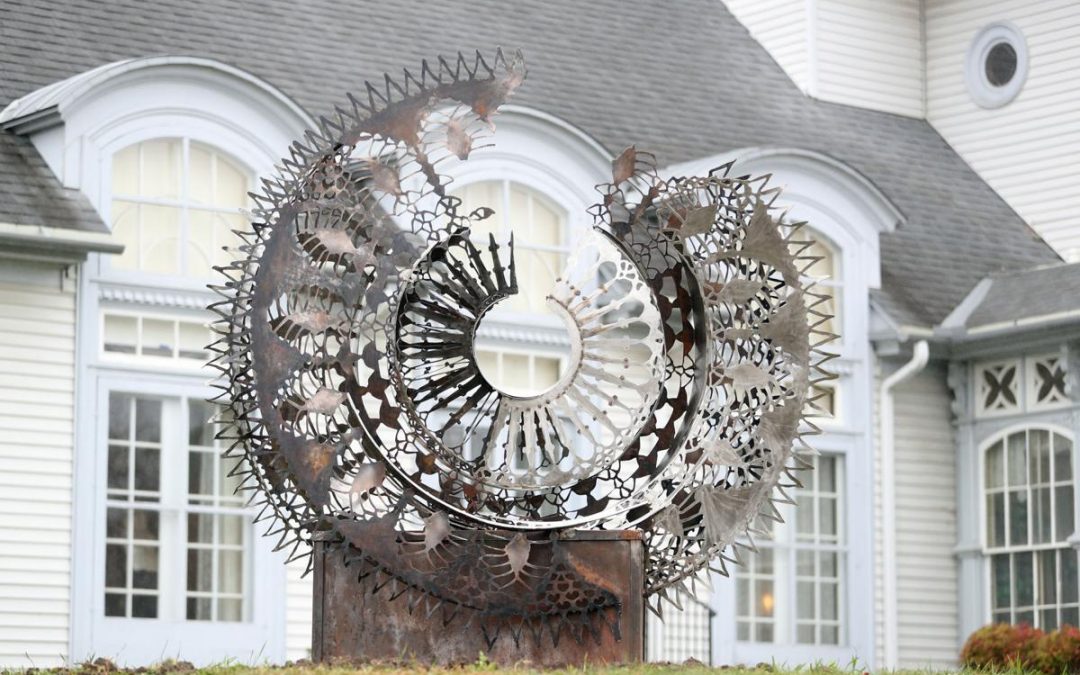 CEDAR FALLS — An outdoor public sculpture commemorating women’s suffrage and the passage of the 19th Amendment was dedicated Tuesday in a ceremony at the Cedar Falls Woman’s Club, 304 Clay St.

The sculpture, created by Victoria Reed Nieman [MFA ’16], a 2010 University of Northern Iowa graduate, was commissioned by the Cedar Falls-Waterloo 19th Amendment Centennial Committee. It has been installed on the northeast corner of the club’s lawn.

A combination of stainless and mild steel, the piece stands 6 to 7 feet tall and features a design that honors the fight for women’s right to vote and subtly pays homage to women’s handicrafts.

“We didn’t have strict specifications. The purpose of the project is to commemorate suffragists and the centennial of the 19th Amendment. We did request that it should be consistent with the architecture of the building,” said Maureen White of Cedar Falls, committee chairperson.

A second sculpture by Sarah Deppe [MFA ’16] is expected to be installed later this fall or early winter on the grounds of the Black Hawk County Courthouse, White said. It will reflect that building’s mid-century design. The centennial committee was formed about two years ago, co-chaired by White and Barbara Brown, a longtime Cedar Falls community leader who died last year.

Read more at The Courier