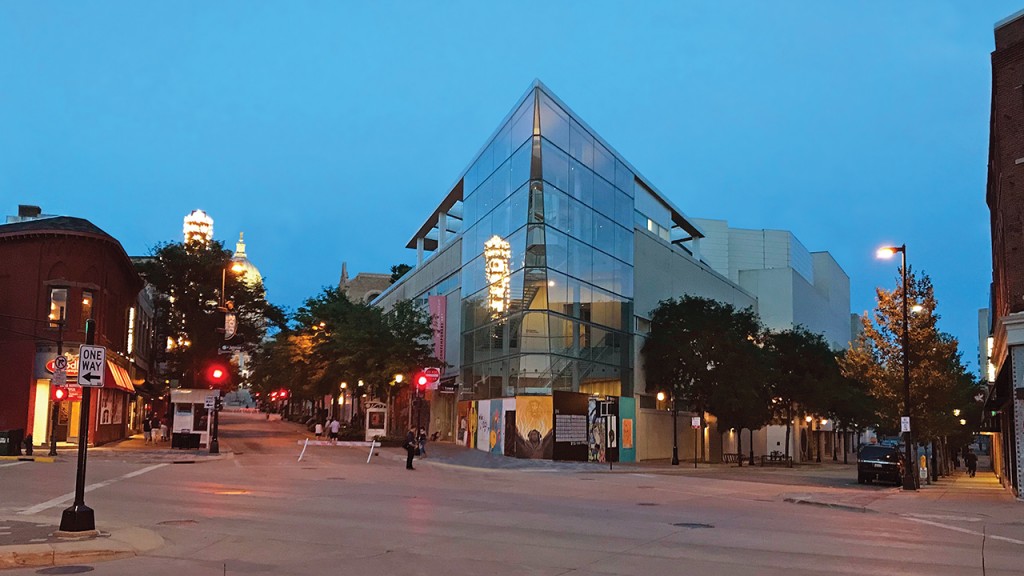 MADISON, Wis. — The Madison Museum of Contemporary Art is partnering with University of Wisconsin-Madison campus to host a series of election-year themed artworks envisioned by Jenny Holzer, a New York-based artist for the “YOUVOTE” campaign.

In anticipation of the 2020 U.S. presidential and congressional elections, a release explained that Jenny Holzer Studio is mobilizing a series of artworks in key areas through the swing states of Wisconsin, Michigan, North Carolina and Pennsylvania in hopes of championing broad political engagement, issue awareness and voter empowerment.

The project will launch today with a mural on boards covering MMoCA’s Henry Street windows, damaged last May during protests following the killing of George Floyd. The mural is expected to be complete by Saturday Oct. 3.

UW-Madison students will work with Henrique Nardi, an instructor of graphic design at the UW Art Department, to project a topical Sojourner Truth quote chosen by Jenny Holzer onto the museum boards just after dark on Friday.