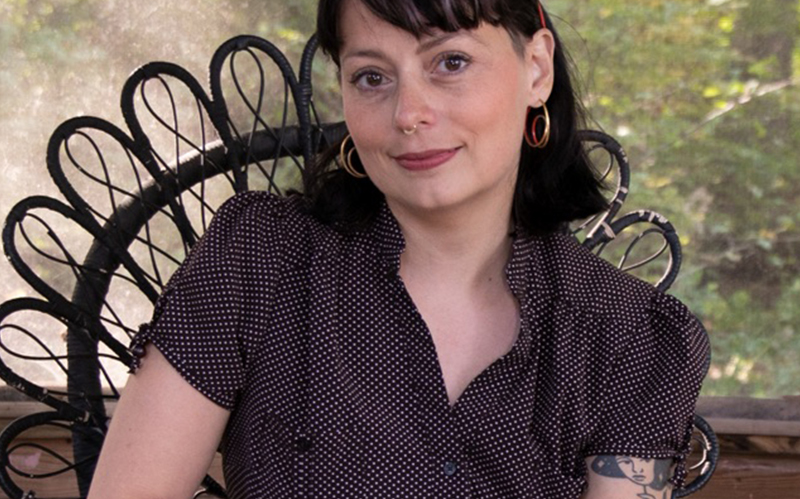 Shannon R. Stratton is a Canadian artist, writer, curator, and Executive Director of Ox-Bow School of Art and Artists’ Residency in Saugatuck, Michigan. With a background in studio craft, Stratton’s multi-disciplinary practice approaches organizing cultural platforms and events as collaborative, context-responsive acts of care that seek to re-think institutional orthodoxy. She has written for artist monographs, exhibition catalogs, art journals and other publications throughout her career. Today, her studio practice manifests in writing, performative lectures, and book projects.

She co-founded the artist-run organization, Threewalls (Chicago), where she organized exhibitions as artistic and then executive director with over 100 artists, including Cauleen Smith, William Cordova, Claire Pentecost, Dani Leventhal, Betsy Odom, Edie Fake, Zach Cahill, and Daniel Barrow. With Threewalls, she co-created the Propeller Fund award in collaboration with Gallery 400 for artist’s self-organizing; conceived and published four volumes of PHONEBOOK, a national guide to grass-roots and artist-run organizations across the US; and co-organized the first Hand-in-Glove conference which would lead to the co-founding of Common Field, a national organization in support of artist-focused organizations.

In 2010, Stratton co-curated the exhibition Gestures of Resistance with artist Judith Leemann at the former Museum of Contemporary Craft in Portland, Oregon. The exhibition examined craft as a verb, whose political power lies in its process, by presenting a group of artists featuring Theaster Gates, Cat Mazza, Ehren Tool, Mung Lar Lam, Anthea Black, Carole Lung, and Sara Black/John Preus who used craft as action in making performance, social practice and pedagogical work.

From 2015 to 2019, she was Chief Curator at the Museum of Arts and Design in New York. Over her tenure at MAD, she launched the Burke Prize, 1st Site, and programmed thirty-five exhibitions at MAD, including curating: Tanya Aguiñiga: Craft & Care; Atmosphere for Enjoyment: Harry Bertoia’s Environment for Sound; Coille Hooven: Tell it By Heart; Roger Brown: Virtual Still Lifes; Ebony G. Patterson: …buried again to carry on growing; In Time: The Rhythm of the Workshop; Anne Lindberg: the eye’s level; and Sonic Arcade: Shaping Space with Sound.

In 2014, Stratton organized Faith Wilding: Fearful Symmetries for Threewalls, Chicago. The exhibition, the first retrospective of Wilding’s work, toured to Rhodes College, Memphis, Tennessee and the University of Clear Lake in Houston as well as being expanded for presentation at the Pasadena Armory for the Arts in California and the Miller Institute for Contemporary Art at Carnegie Mellon. Stratton edited the monograph, Faith Wilding: Fearful Symmetries, published by Intellect Books.

For 2019 to 2020, Stratton worked with the John Michael Kohler Arts Center as the interim Senior Curator, developing the 2020 exhibition season as well as contributing the exhibition series Lenore Tawney: Mirror of the Universe with the Even thread [has] a speech exhibition.

As an independent curator and writer, she is currently developing the projects Slow Frequency, a biannual, networked exhibition which takes the climate crisis as the imminent limit to the production of cultural events, and Software, an exhibition project about the connected intellectual and labor histories of the textiles and computer industries through both historical documents and art-works in the fields of fiber and digital media. (The latter is slated for exhibition at the Mint Museum and Arizona State University Art Museum in 2023.)