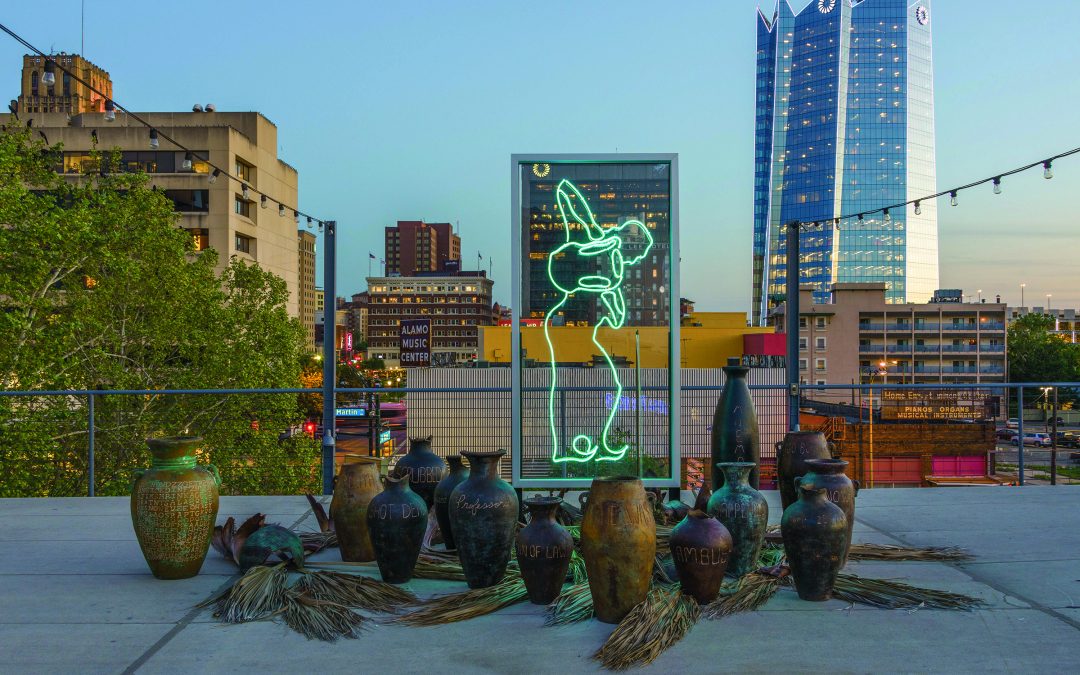 Sama Alshaibi’s photographs, videos, and immersive installations examine the mechanisms of fragmentation in the aftermath of war and exile. They often feature a female figure that references a complex site of struggle and identification, and confront an image history of photographs and moving images through a feminist perspective.

Recent exhibitions include the State of The Art 2020, Crystal Bridges in Arkansas, the 13th Cairo International Biennale in Egypt, 2019, and solo exhibitions at Ayyam Gallery in Dubai, 2019, and Artpace in San Antonio, 2019. Alshaibi received first place for the 2019 Project Development Award from the Center in Santa Fe, the 2018 Artist Grant from the Arizona Commission on The Arts, and the 2017 Visual Arts Grant from the Arab Fund for Arts and Culture in Beirut. Her monograph, Sama Alshaibi: Sand Rushes In was published by Aperture, NYC. Alshaibi’s twenty-one solo exhibitions and over 150 group exhibitions include the 55th Venice Biennale, Pen + Brush in New York City, 2019, the 2018 Breda Photo Festival in the Netherlands, the American University Museum in Washington D.C., 2018, the 2017 Honolulu Biennial, the Marta Herford Museum in Germany, 2017, the Herbert F. Johnson Museum of Art in New York, 2017, the Scottsdale Museum of Contemporary Art, 2016, the Museum of Modern Art in New York City, the Headlands Center for the Arts in San Francisco, the Bronx Museum in New York City, the Arab American National Museum in Michigan, the Edge of Arabia in London, the Institut Du Monde Arabe in Paris, and the Busan Museum of Art in South Korea. Her work has been featured in Vogue Magazine, NY Times, Washington Post, L’Oile de la Photographie, Tribe Magazine, Lensculture, Ibraaz, Contact Sheet, Harpar’s Bazaar, The Guardian, CNN, and Hysteria.

Alshaibi is a Palestinian-Iraqi, born in Basra, Iraq, and currently resides in Tucson, Arizona, where she is Professor of Photography, Video and Imaging at the University of Arizona. Alshaibi is represented by Ayyam Gallery. samaalshaibi.com