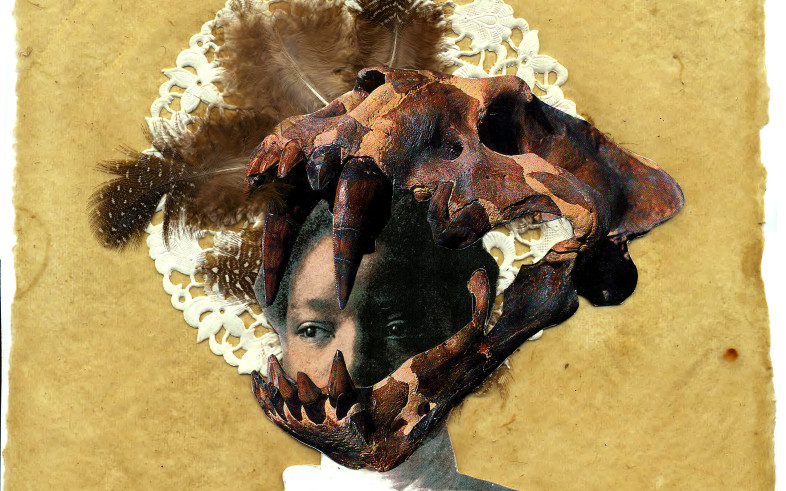 Krista Franklin is an African American poet and visual artist, whose main artistic focus is collage. Her work, which addresses race, gender, and class issues, combines personal, pop-cultural, and historical imagery and includes themes of surrealism and utopic and dystopic visions with subtexts of black beauty, self-reflection, and the African Diaspora. She has described her approach as both Afro-Futurist and Afro-Surrealist.

Franklin is the recipient of the Propeller Fund and the Albert P. Weisman Award, and has held residencies at A Studio in the Woods, Cave Canem, and the University of Chicago’s Arts + Public Life Initiative. Her poems and visual art have been published in Black Camera, Copper Nickel, Callaloo, Vinyl, BOMB Magazine and Encyclopedia, Vol. F-K. Willow Books published Study of Love & Black Body, her chapbook of poems, in 2012. Franklin’s work has exhibited nationally, and was featured on 20th Century Fox’s Empire (Season Two). She is the co-curator of the Chicago citywide poetry and art initiative, EKPHEST: A Festival of Art + Word, and 2nd Sun Salon, a community meeting space for writers, visual and performance artists, musicians and scholars. She holds an MFA in Interdisciplinary Arts – Book & Paper from Columbia College Chicago. kristafranklin.com