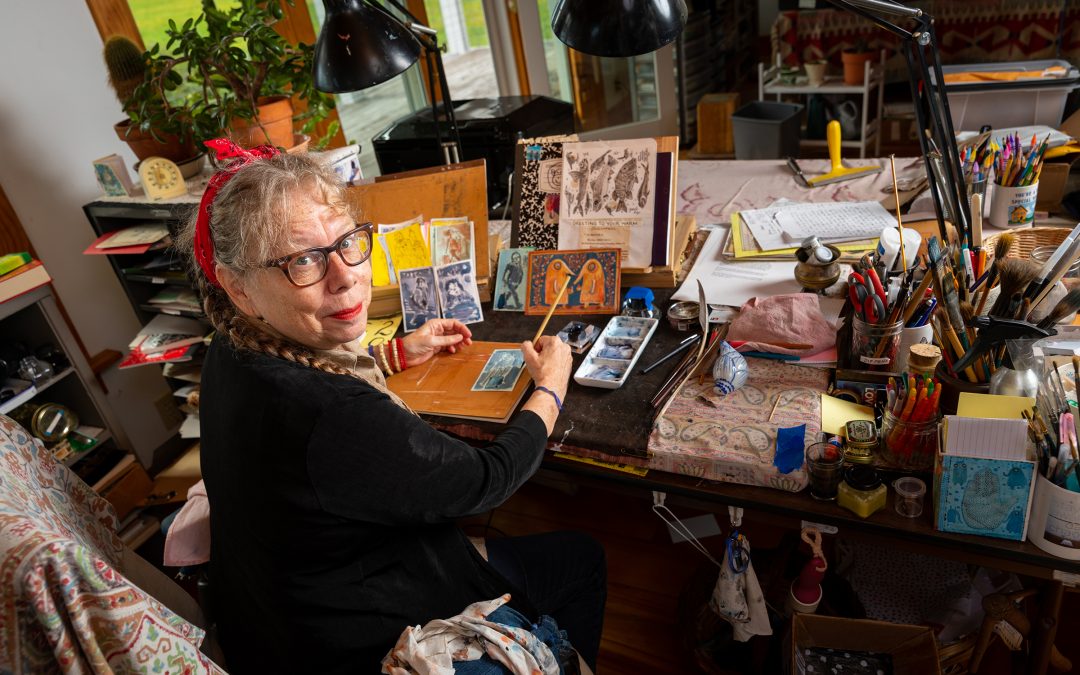 The recipient of the cartooning profession’s highest honor, the Reuben Award for Outstanding Cartoonist of the Year is chosen by a secret ballot of the members of the National Cartoonists Society. The NCS is pleased to announce this year’s winner is celebrated cartoonist, author, and teacher, Lynda Barry.

The coveted award was presented to Ms Barry online Saturday evening, September 12th at the finale of NCSFEST 2020, the virtual cartooning festival hosted by the National Cartoonists Society and the NCS Foundation. In graciously accepting the award, Barry said, “One of the things that’s so beautiful about comics is that whatever may be missing from your world, you might be able to find it in comics.” And in thanking her students, she remarked, “The other beautiful thing about comics is they’re really opening up to other people and other worlds that people bring with them.” Barry also cited The Family Circus creator Bil Keane as a direct influence on her as a cartoonist and as a human being because, as she put it, “the world of The Family Circus loved me and welcomed me, and there was something about love in that comic that really stuck with me.”

Barry is best known for her comic strip Ernie Pook’s Comeek, as well as several graphic novels such as The Good Times are Killing Me, Cruddy, and One! Hundred! Demons!