Badger style cartooning is a work of art by Jay Rath 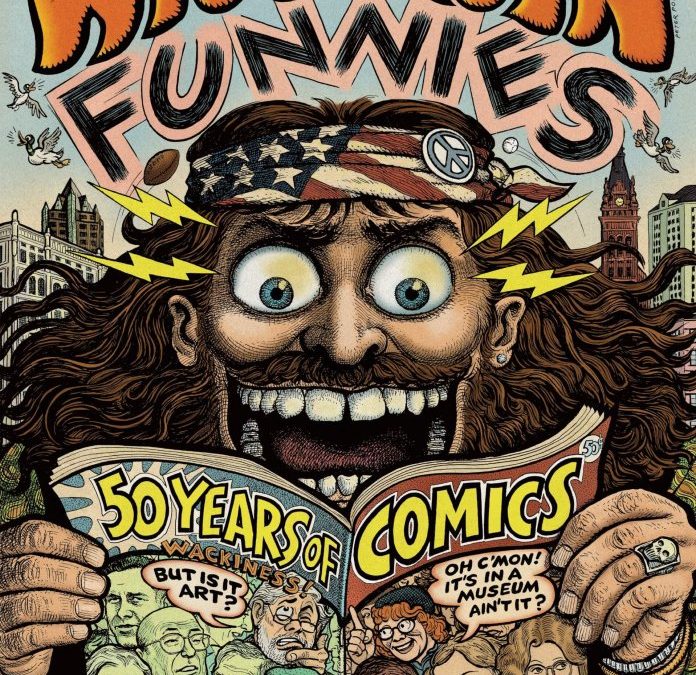 The Badger State’s rich cartooning history will be celebrated in an exhibit opening Aug. 8 at the Museum of Wisconsin Art. “Wisconsin Funnies: 50 Years of Comics” will be on display through Nov. 22 at the West Bend museum and Saint Kate — The Arts Hotel in Milwaukee.

The split location and timing are intended to coincide with the upcoming Democratic National Convention, so visitors to the greater Milwaukee area might find a welcome dose of humor that goes down well with current events.

“There’s a lot to be said for levity that values individual ability and creative vision,” observes Tyler Friedman, the museum’s associate curator of contemporary art.

Nearly 200 works by 31 artists will be on display, illustrating important themes, innovations and publications. The exhibition pairs hand-drawn original art with printed material including comic books, newspapers and collectibles.

“Part of the reason why this is so exciting is because comics have this largely untold story,” says Friedman. “Generally speaking, people have not appreciated the formative role that Wisconsin has played in comics culture throughout history.”

Cartooning here goes back a long way. Sunday comics had been around for only a decade when Sauk County native Clare Briggs (1875-1930) invented the daily comic strip, in 1904, for a Chicago paper. Tomahawk native H.T. Webster (1885-1952) created a character named Casper Milquetoast, who became so popular that his last name is now in the dictionary, defining a shy, meek person. Gasoline Alley, by Cashton’s Frank King (1883-1969), created a sensation by having his characters age in real time. Launched in 1918, the comic strip’s residents went to war, had babies and became grandparents – right along with their readers.

Within the industry, it’s a cliché that the funnies have become serious business. Less than a year ago cartoonist Lynda Barry of Richland Center received a MacArthur Foundation Genius Award for her pioneering work in enhancing creativity across disciplines including medicine, through her cartooning instruction at the University of Wisconsin-Madison. Her textbooks have become influential, if unlikely, best-sellers.

Read more at the Wisconsin Examiner