An essay, a project, a sentence, a thought, a drawing… How do we know when any of these things are finished? And what does it mean to finish a project or a life for that matter? In On the Creation of Art (1965), the philosopher Monroe Beardsley writes about “the threshold of contentment” in which the artist makes a series of decisions that lead to the termination of work on a specific project. Such decisions are a complex mix of the reconciling of a series of problems the artist has set forth for themselves, a set of tasks or milestones within the physical creation of the work, particular goals or inspirations that may have initiated the project, such as (for instance) the expression of a given thought or emotion. The artist is always free to re-assess all of the above, of course.

I studied with the west coast conceptual artist Howard Fried in the mid-80’s. 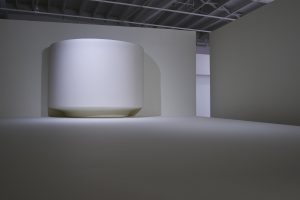 Fried was notorious for missing deadlines for the opening of his own exhibitions; often not “finishing” a piece before a museum or gallery opening of a show in which his work was included. I recall his solo exhibitions as well that might have been missing individual works until well after the opening of the show. The catalog for a recent exhibition of Fried’s work at the Wattis Institute in San Francisco recognizes this frustration with the temporal constraints of timelines as an integral part of Fried’s process:

What is at stake is not so much a work’s completion as its resolution, an attempt to minimize the discrepancies between the material development of each work with their internal logics or intended effects.

In speaking about her own work, the artist 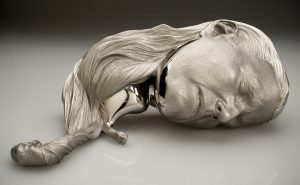 My output is incredibly small because I work and rework my sculptures endlessly…It can be five, ten, or even more years before I think something is finished. Right now, I have 15 or so pieces in my studio at different stages of development. I may revisit one six months later because I’m at a point where I really can’t see it anymore and I want to stop being engaged with it on a daily basis.

In other words, the work of artists might be ongoing, lasting beyond the artificial time frame of institutional exhibition frameworks.

So then, how does one finish a life, especially an artist’s life? The renowned artist Ulay, perhaps better known as the former performance and life partner of Marina Abramović, died recently at the age of seventy-six in Ljubljana, Slovenia. 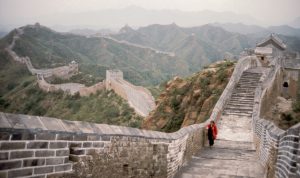 After publicly breaking with Abramović in 1988, the year in which they ended their creative relationship, the artists completed a project called The Lovers. In the work, which has been extensively documented, Ulay began by walking from the Gobi Desert while Abramović began from the Yellow Sea. After they had both traversed some 2500km, ninety days later, they met in the middle of China’s Great Wall at a Buddhist temple in the Shaanxi province and said goodbye. 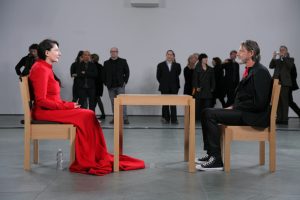 It was not until 2010, during Abramović’s durational performance at the New York Museum of Modern Art, The Artist is Present, where they publicly reunited in a gesture of healing and forgiveness. After being diagnosed with lymphatic cancer in 2011, Ulay set about to document the end of his life in a film called Project Cancer: Ulay’s journal from November to November. The film chronicled Ulay’s “farewell tour” visiting friends around the world to both meditate and reflect on his life and his imminent death. While he recovered to some extent in 2014, his passing last week was noted as result of complications caused by the treatment. 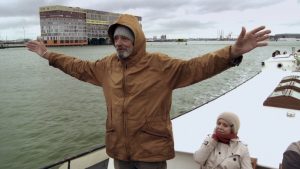 Was Ulay’s “work” finished at the moment of his death, I wonder? Or was he simply done, out of time to truly solve the problems that he wished to address in his work, like so many other artists. Perhaps it is now in the hands of the viewer to finish, extending the questions left unexamined and unresolved. And, perhaps, no work of art is ever truly resolved if the questions it initially raised are provocative enough to resonate out into its own future.