Celebrating 150 years of the Wisconsin Academy of Sciences, Arts & Letters by Barry Adams 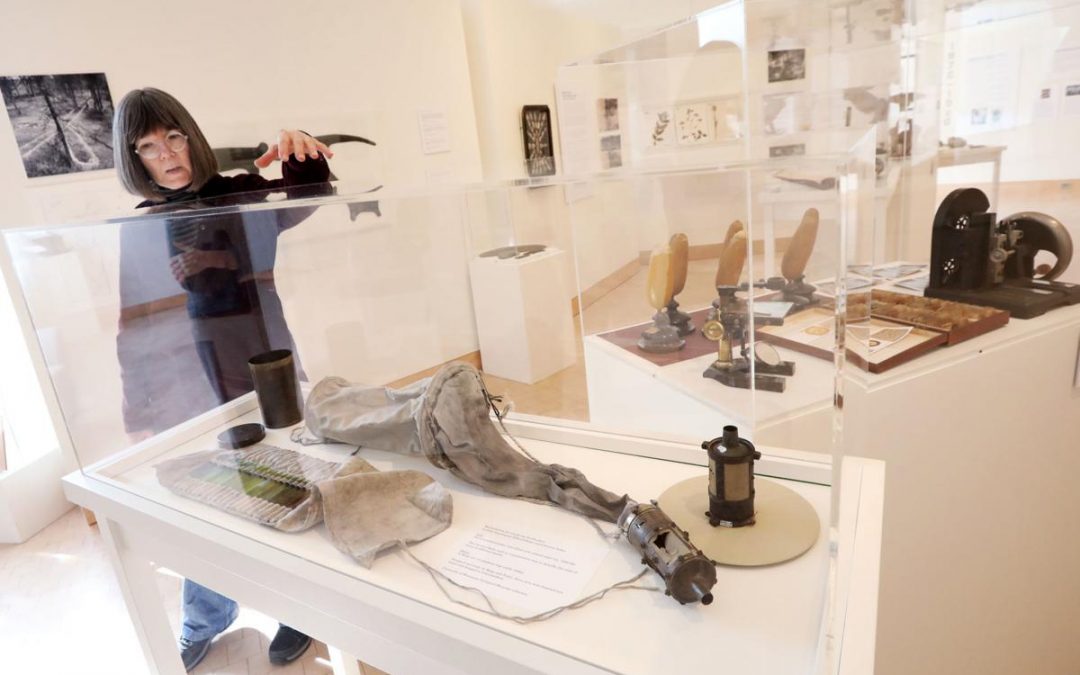 The exhibit on the third floor of Overture Center includes the instruments used in the 1870s by crews led by Thomas Chamberlain to study and sample Wisconsin’s glacial and mineral deposits, artesian wells and soils.

There are skins of a black squirrel, ermine and rabbit collected by Thure Kumlien, who failed as a farmer near Lake Koshkonong, but in 1883 went on to become the conservator of the Milwaukee Public Museum.

A cantaloupe-sized meteorite dug up by a farmer in the late 1860s just east of West Bend in Washington County is here and was studied by Increase Lapham, who also surveyed Native American effigy mounds, studied geology and traveled the state collecting plants with a tin vasculum, which is also on display.

This is not what is typically found in the James Watrous Gallery. But through April 5, the paintings, photographs, carvings, glass and bead works normally on display are being replaced with historical items that help tell the story of the state’s flora, fauna, minerals, cultures and academic studies.

“Collections & Connections” celebrates the 150th anniversary of the Wisconsin Academy of Sciences, Arts & Letters, which operates the gallery and since 1870 has been at the forefront of gathering, sharing and acting upon knowledge “for the betterment of Wisconsin.”

The collections of stuffed animals, science equipment, journals and photographs are also an attempt to re-create some of the Academy’s natural history and archaeological collections that had been on display in a cabinet in the basement of the state Capitol, but were lost to a fire that destroyed the building in 1904.

Read at the Wisconsin State Journal