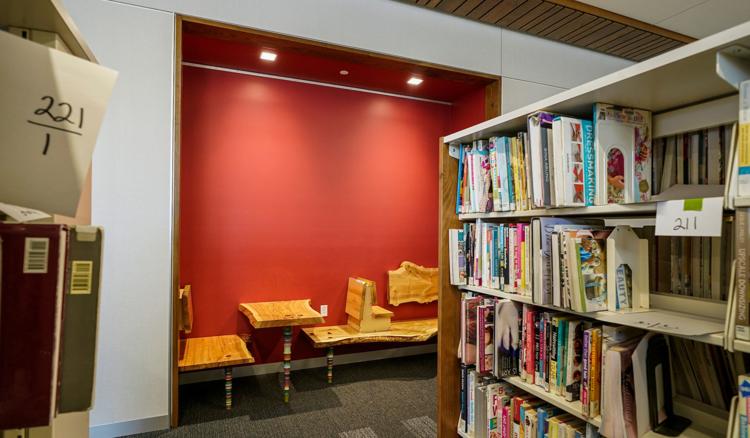 Even as staffers assembled bookshelves and desks — not to mention unpacking over 70,000 books, DVDs and other items from Pinney Library’s temporary digs — Madison Library supervisor Sarah Lawton was happy to provide a tour of the new branch last Thursday afternoon.

The new space still smells like fresh paint and is warm- it is heated using a geothermal system located under the parking lot – and technicians are installing what Lawton called “a huge tech overhaul.”

Lawton pointed out the building’s modern design, a Playlab that encourages kids to learn by playing freely, and some eye-catching art from local artists. The pride she showed in the space is due to spending a good chunk of her life working to get the eagerly anticipated facility up and running.

“This has been my life for nearly seven years,” Lawton said of building the new library. “People in the community just wanted spaces where they could connect. People felt like they didn’t know their neighbors.”

Read at the Cap Times