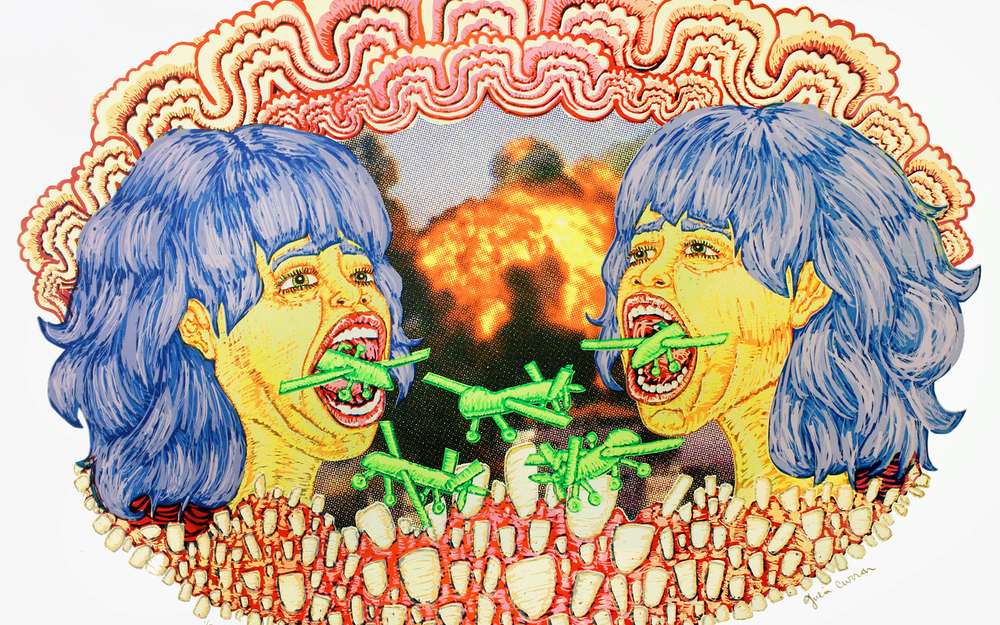 Julia Curran’s work in printmaking, sculpture, performance, painting, and installation art utilizes the socio-politically conscious tradition of printmaking and artistry, but is also nuanced by the artist’s well-seasoned perspective and understanding of pop culture. Curran creates raw homages to the sacred feminine, conflicted ex-votos for the body, frenzied satire of hyper-masculine insecurities, and the apocalyptic pitfalls of capitalist America on steroids.