Cartoonist Lynda Barry: Drawing ‘Has To Come Out Of Your Body’ by Etelka Lehoczky 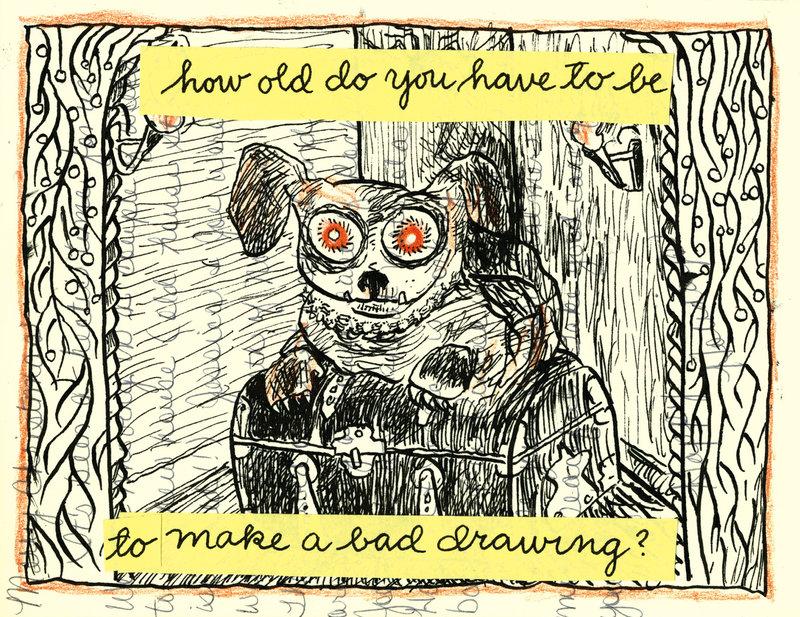 It’s always a surprise to see whom the MacArthur Foundation selects to receive its annual fellowships — the six-figure awards known as Genius Grants — but one of this year’s picks was particularly exhilarating: comic artist [and Professor of Interdisciplinary Creativity] Lynda Barry. For anyone who read alternative weeklies from the ’80s through the ’00s, she was the eternally wise and strange mind behind Ernie Pook’s Comeek. She has also penned several graphic novels and three books about the creative process, adapted an award-winning off-Broadway play, and taught art, most recently at the University of Wisconsin, Madison. Her most recent book is Making Comics, out this month. I spoke to her about the drawing process and how we learn — and unlearn — it.

Congratulations, first of all, on winning a MacArthur Fellowship! What did you do when you found out?

After we hung up?

So that’s how they tell you — they call?

But in my case, I hardly ever use the phone. So I kept getting these calls. I think I hung up on them around seven times because I thought it was a robocall. And then I just turned off my phone because I was really irritated — “Who keeps trying to call me?” … I found out a while later, from somebody who I know very well, that somebody really needed me to call them.

It’s kind of funny that the award is known as the Genius Grant, considering that in your new book, you tell people they don’t need to be artistic geniuses to create great comics.

What do you think about the idea of genius?

I don’t know. You know, it’s like the term “fresh bread,” right? It could mean anything. … I guess what I mean by that would be that they’re able to do stuff in a way that I can’t track back to how they were able to do that thing. Sometimes that even applies to 4-year-olds that I work with.