I was in Montreal for a few days participating in a forum on media and movement. On the plane both there and back, I had some time to catch up on reading and reflect on the way in which philosophy and theory interact with art. As philosophy and theory become practice in the work of contemporary artists, as I have noted before, the genesis of ideas and methods of articulating them is often obscured.

Rereading essays and writing from recent historical periods illuminates the present. While on the same flight, I reread essays from a catalog called The Arts For Television from a significant exhibition at The Museum of Contemporary Art in Los Angeles in 1987, curated by Kathy Rae Huffman. While The Arts for Television seems an arcane idea in the present (do we still watch “television” per se?) the essays speak to a critical moment in which artists and curators (and philosophers and theorists as well) began to think about how to sever the artistic practice of making Video Art from the conditions of production that linked video to broadcast television. By using practice to think through such an idea, artists including Dara Birnbaum, Nam Jun Paik, Eden Velez, and writers such as Huffman herself, Bob Riley, Dorine Mignot, and others arrived at a fluid conceptual model wherein the technology of representation (video) became detachable from its service to form (television) and thus artists were able to articulate contemporary ideas within the medium of television however autonomous from the structure of television. 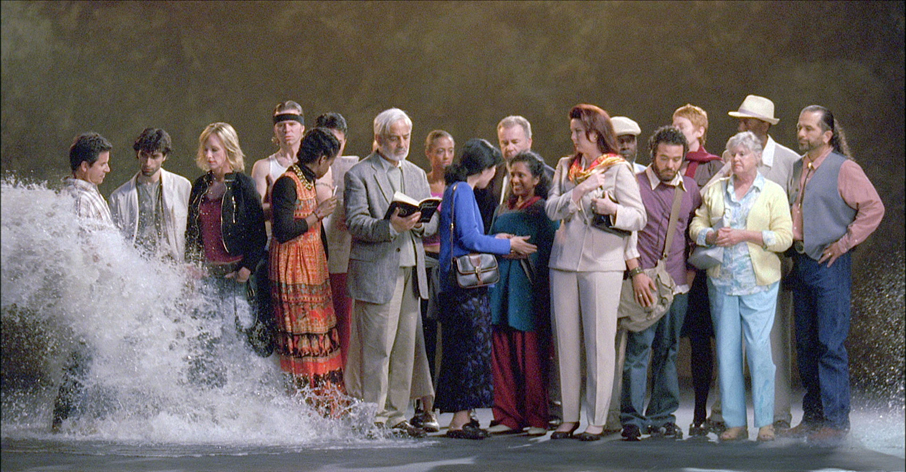 Perhaps the epic video installations of Bill Viola come to mind here as an example.

While in Montreal, I had the opportunity to see and experience a profoundly moving installation by Francis Alÿs at the Musee Contemporain. Alÿs’ work is poetic, political, and often addresses his own quotidian observations of everyday life through performance, sculpture and installation. He describes his own practice as “a sort of discursive argument composed of episodes, metaphors, or parables.” 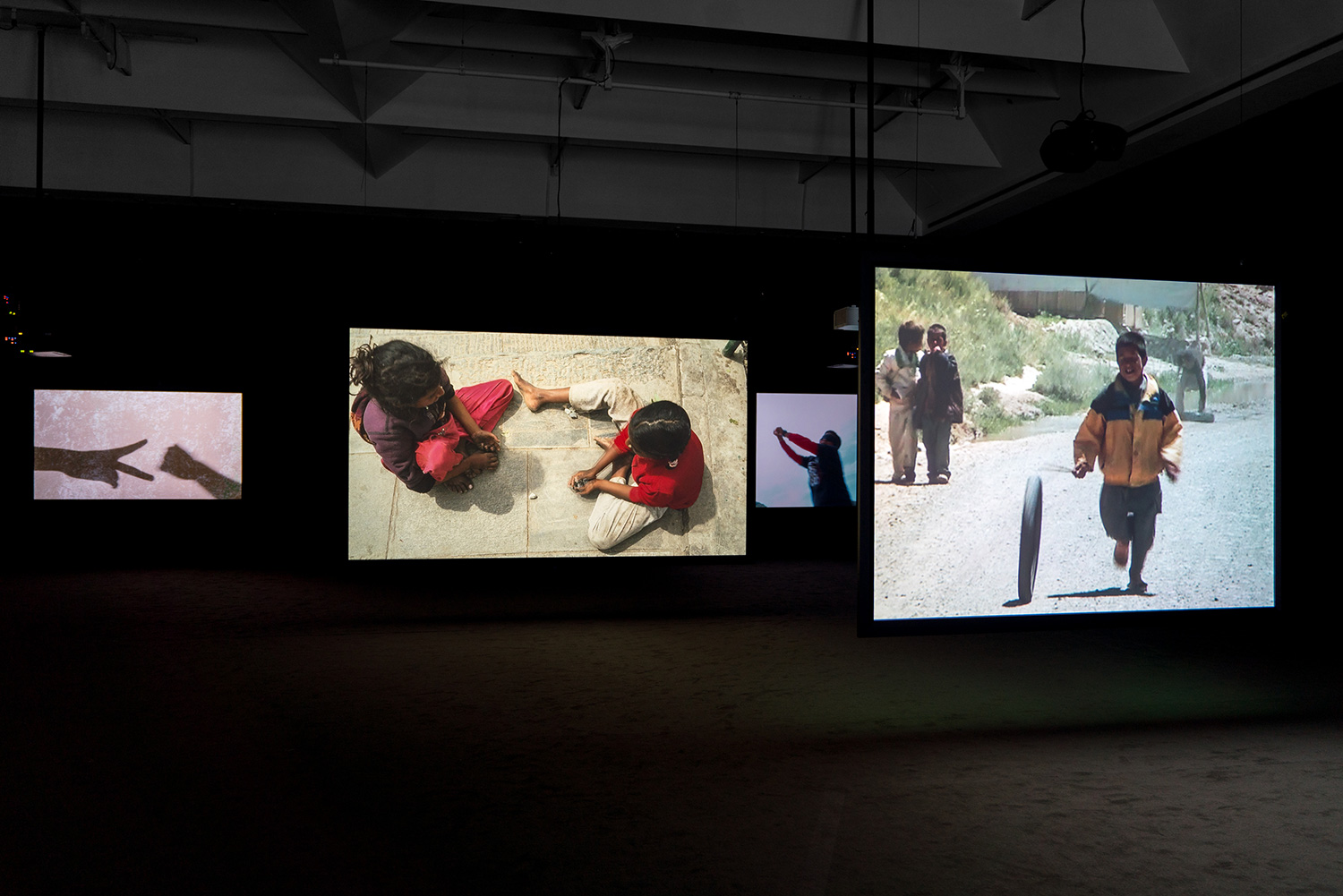 In Children’s Games, the multi-screen installation at Musee Contemporain, Alÿs arrays almost twenty individual films shot and collected since 1999 into a porous tapestry of childhood activities; an inventory or index of childhood activities filmed around the world, illuminating the ways in which mostly impoverished children turn everyday objects such as stones, plastic bottles, flying insects, chairs, coins, and stones into games and a sort of interactive universe.

As the exhibition catalog notes, “Although the current state of the world prevents us from imagining globalization as a positive form of togetherness, this praxis of imagination might express the very essence of humanism, reinvented.” Alÿs’ work in media, these looping, overlapping films of children at play, hold the space of the gallery in a way that does not demand or cudgel the viewer, nor does it promise any sort of resolution. It is the antithesis of edge-of-the-seat streaming media or blockbuster cinema. His projects exhibit a kind of innate understanding of the moment in which we live, a gesture put forth by a number of contemporary artists whose work is in conversation with its own time. As the artist Olafur Eliasson, the subject of a New York Times article called How to Do Good Art, comments:

Perhaps some artists, and those who mine art for its philosophical and theoretical manifestations, already understand the relevance of art in contemporary culture and are signaling such through their thoughtful contributions.