When searching for calm amidst the chaos of daily life, I often find myself doing one of two things: taking a walk in nature or taking a walk through a museum. For me, both museums and nature provide a similar sense of calm, both create order from chaos, and both provide objects or elements within the visual field that ground me and re-sensitize me to a familiar place, one of comfort and wonder. A couple days ago, I wandered into the Berkeley Art Museum and, without any prior knowledge of the exhibiting artist’s work, found myself contemplating a project called J’accuse by the French and Algerian artist Kader Attia. 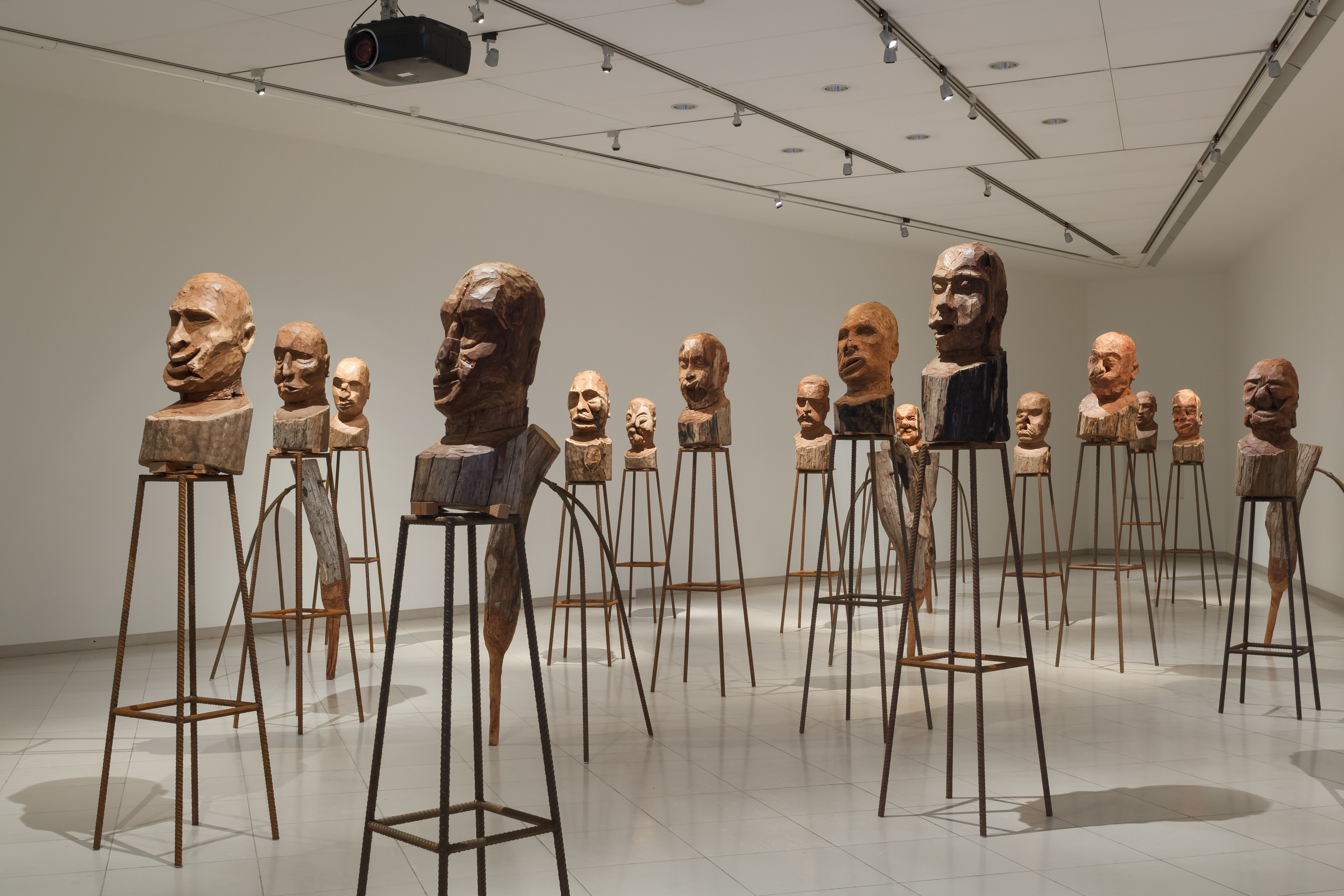 Attia’s work was a revelation for me; it simultaneously pierces the viewer through the heart (what Roland Barthes refers to the punctum) and deploys a deeper challenge that calls into question a more universal experience of war, trauma, healing, and grief (the studium). His work negotiates an embodied, personal response that asks us to think about where we may live in the complex relationship between history, country, family, and the mapping of one’s personal experience. Attia grew up in Paris and in Algeria and spent several years in the Congo and in South America as well. His experience with colonialism and multi-ethnic societies led Attia to the idea of Repair, a concept he has developed through both writing and studio/post studio practice.

With the principle of Repair being a constant in nature — thus also in humanity — any system, social institution, or cultural tradition can be considered as an infinite process of Repair, which is closely linked to loss and wounds, to recuperation and re-appropriation. Repair reaches far beyond the subject and connects the individual to gender, philosophy, science, and architecture, and also involves it in evolutionary processes in nature, culture, myth and history.

This thesis has evolved into an intercultural and interdisciplinary approach of research that manifests as deeply engaging and visually provocative works of art. 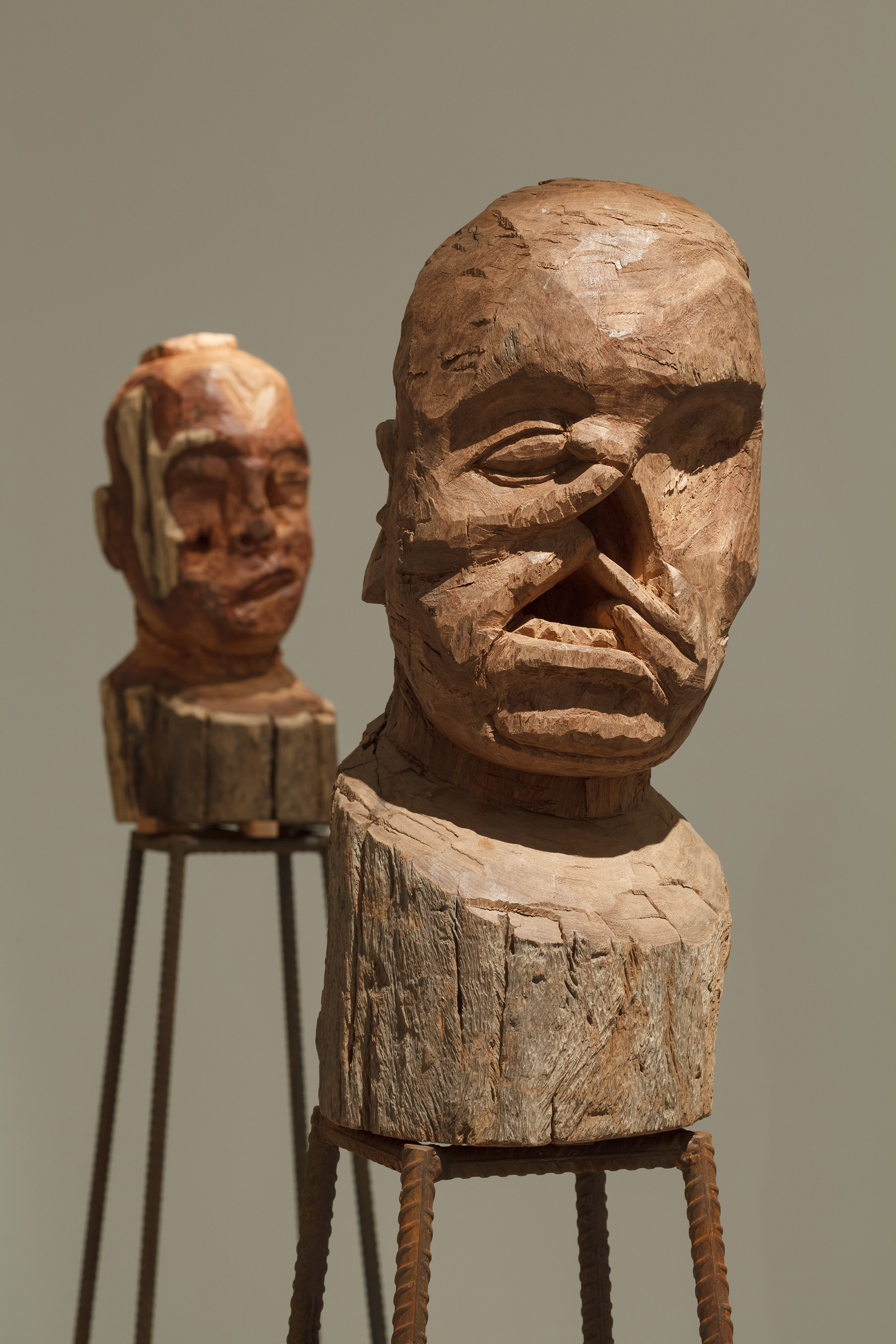 The sculptures are arrayed as if gazing at a clip of French director Abel Gance’s 1938 antiwar film J’accuse. In Gance’s seminal film we see actual wounded veterans of the Battle of Verdun, (known in French as les gueules cassées or “broken faces”), play themselves.

As if risen from the dead, they march through the streets to awaken the world of the atrocities of war. The title of Attia’s installation references both Gance’s film and Émile Zola’s “J’accuse!” from 1898, “an open letter to the president of France in defense of Alfred Dreyfus, a Jewish officer falsely imprisoned for espionage as a result of an antisemitic conspiracy within the French army.”

About the piece, Attia states:

I wanted to connect the audience with the consciousness of the horror of war, which Abel Gance also wanted to do…I didn’t want to make it abstract, or create some feeling that you have to fantasize the notion of loss, of injury, of hell. But I wanted to give [the faces] the dignity that they deserved. That’s why they’re high [from the ground], and monumental. I didn’t want to build an artwork that victimized the victim.

Attia’s work brings to mind the work of other artists for whom war and its ensuing trauma, has inexorably marked their creative output with a particular darkness and sense of the real. 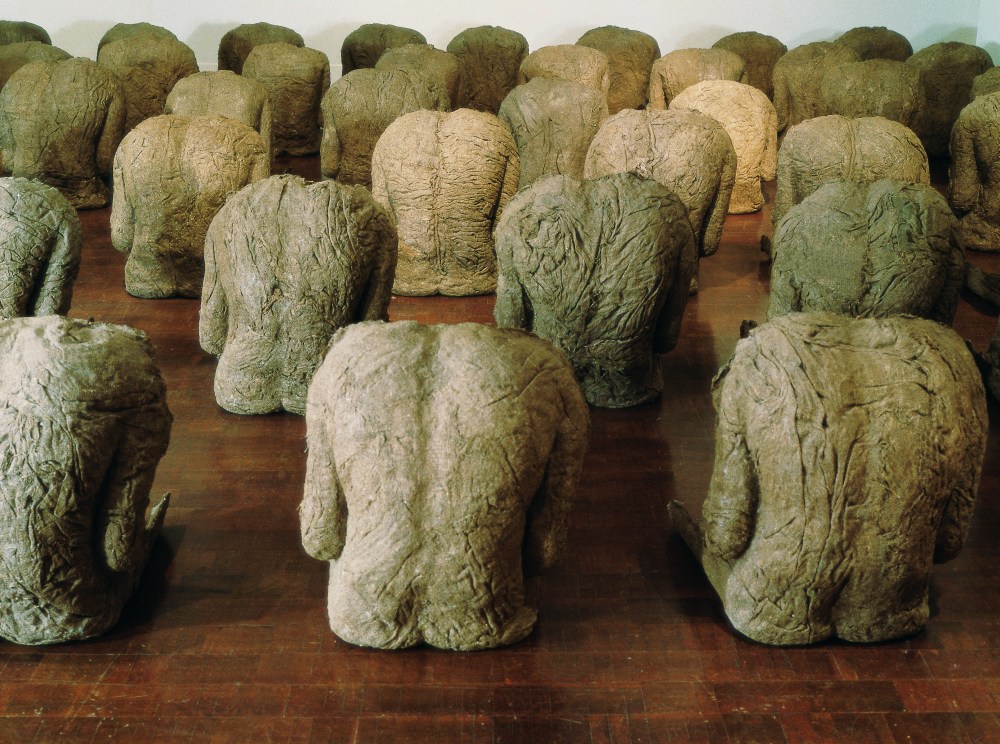 I am thinking about the Polish sculptor Magdalena Abakanowicz, whose art was deeply affected by her experiences in Poland under Nazi and Soviet occupation during World War II and its aftermath. Abakanowicz’ figurative compositions reference both the vulnerable human body and psyche as a direct consequence of the trauma of war in the 20th century. However, Attia’s J’accuse is filtered through a process of collaboration with craftsmen for whom the horrors of World War I were personal; the Senegalese, African, and Arab communities also fought in the war, receiving little note and less medical attention than their European counterparts. Finally, Attia reaches across time to engage with the filmmaker Abel Gance and to remind us that artists have called our attention to such trauma since the earliest moments of art as we know it.

I left the museum both moved and changed.