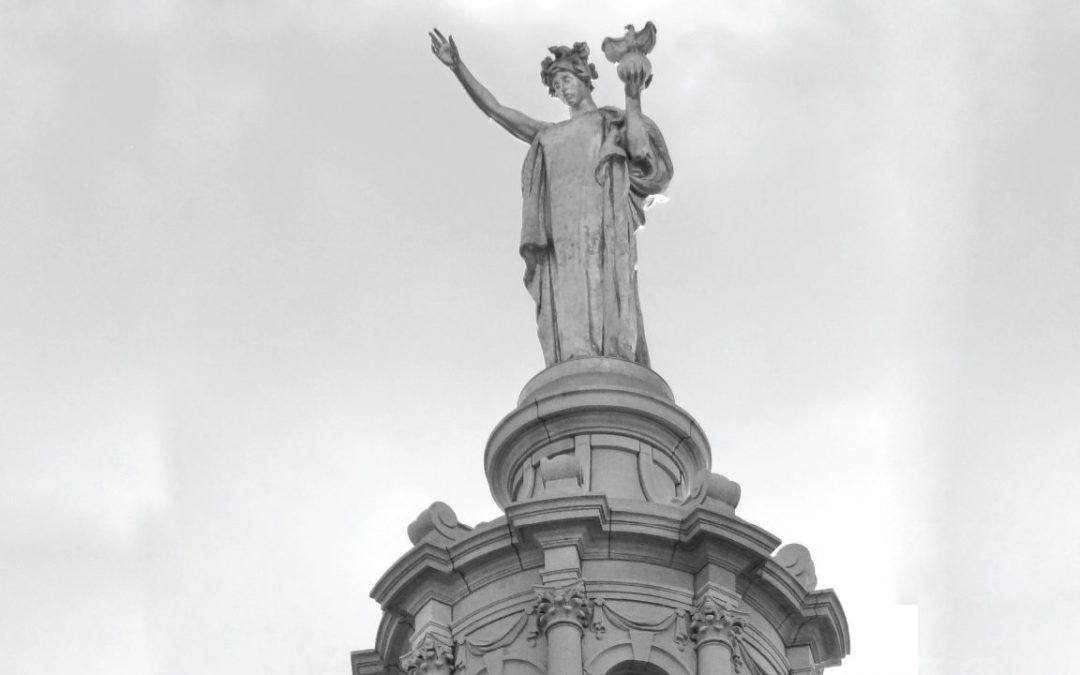 She stands stately and elegantly atop the Wisconsin State Capitol. Sun glints off her golden robes as she presides over her city, taller than any downtown buildings that surround her.

Madison schoolchildren learn about the statue named Wisconsin, and how she points her right hand eastward toward Lake Monona, holds a globe with an eagle perched atop in her left hand and wears a helmet adorned with grapes and a badger. But few people realize the statue’s commanding form was based on a real woman. And even fewer know her glamorous and tragic story.

The inspiration for the timeless image of Wisconsin was Audrey Munson. Considered “America’s first supermodel,” Munson’s graceful form is immortalized in bronze and stone across the country, including roughly two dozen sculptures in New York City and three in Madison.

Munson was born in 1891 in Rochester, New York, and as a teenager moved with her mother to New York City to pursue an acting career. She appeared on Broadway a handful of times, but fate had other plans in store for her.

The story goes that one day while Munson was shopping on Fifth Avenue, photographer Felix Benedict Herzog “discovered” her. He asked her to pose for him and soon introduced him to his art friends, sparking Munson’s role as muse and forever changing the course of her life.

For Munson, it was a case of being in the right place at the right time. Long-limbed and classically beautiful, she was a perfect fit for artists and architects who adhered to Beaux-Arts ideals and were prolific during America’s building boom.