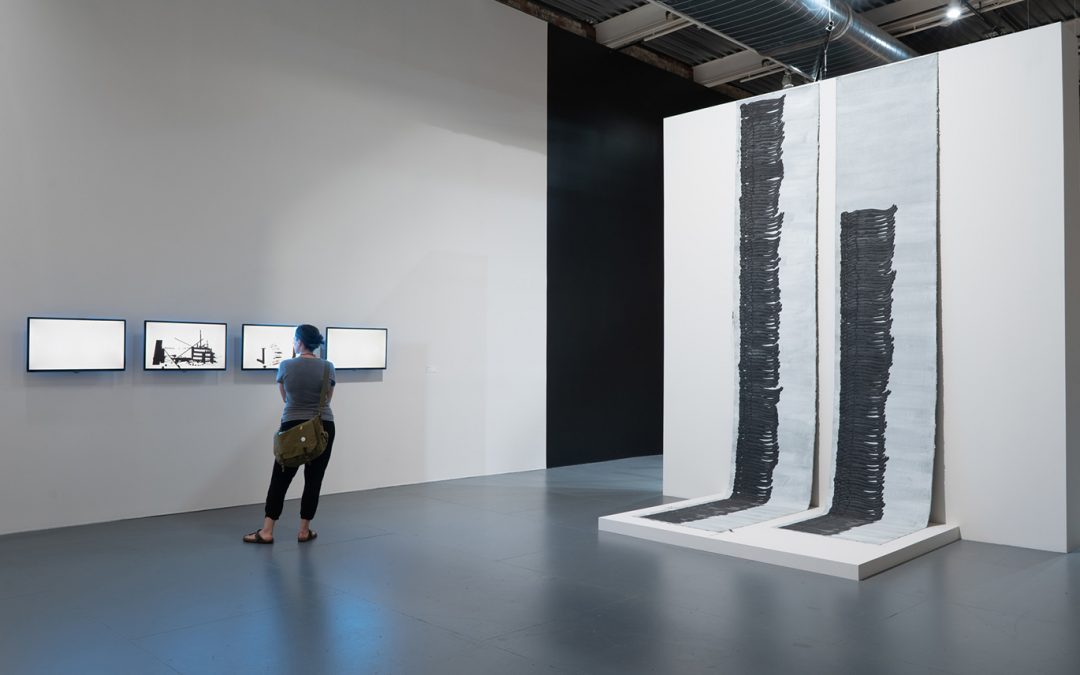 Joey Fauerso’s work resides at the intersection between painting, drawing, and performance. Over the last ten years she has been working on a series of paintings, drawings and video that rely on gesture and improvisation to explore themes of nature, gender, family, and humor. The inspiration for the work is rooted in her experiences growing up in a Transcendental Meditation community in Iowa, an ongoing interest in the ways gender is expressed and defined in Western art, and most recently her experiences as a parent and observer of the cognitive and creative processes of children. Recently her work has been included in exhibitions at MASSMoCA, the Drawing Center in New York, The David Shelton Gallery in Houston, and Antenna Gallery in New Orleans. Fauerso has been the recipient of numerous grants and residencies recently finishing the two-year ‘Open Sessions’ program at The Drawing Center in New York City and a residency at Kunstlerhaus Bethanien in Berlin. Fauerso received her MFA from the University of Wisconsin Madison in 2001 and is an artist and Professor in the School of Art and Design at Texas State University. joeyfauerso.com