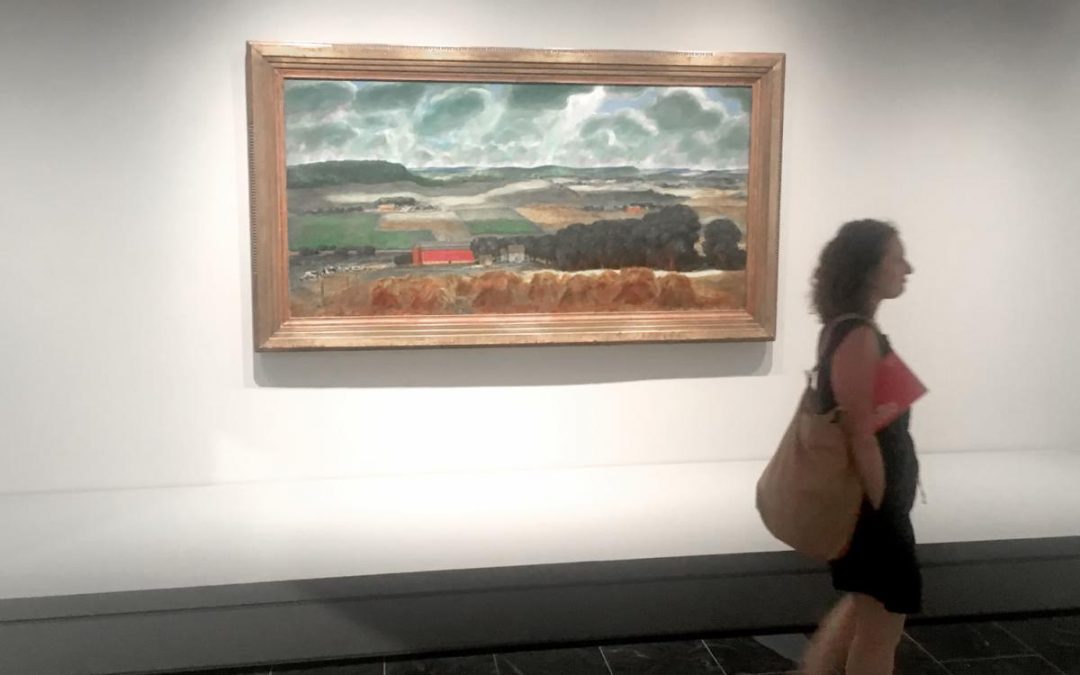 NEW YORK — I was standing in one of the largest museums in the world, thinking about the future of farming and the changing culture unfolding across rural Wisconsin.

This wasn’t a work trip.

It was a Thursday in late June and our family was in the midst of a five-day, four-night vacation in New York City. There are reminders of home here in this mass of skyscrapers and subway tunnels populated by more than 8.6 million people, or about 3 million more people than in all of Wisconsin.

Our visit took us throughout the week to Little Italy, a taping of “The Daily Show” with Trevor Noah, and Harlem, where we dined on soul food at Sylvia’s Restaurant and took in amateur night at the famed Apollo Theater. We visited chaotic Times Square, saw Adam Driver and Keri Russel in “Burn This” at the Hudson Theatre and took in a Yankees game. We even made the trek to Rockaway Beach in Queens, which was a 90-minute subway ride from our tiny Airbnb fourth-floor apartment walk-up on 110th Street in Spanish Harlem.

But on this day, my wife and son chose to bike Central Park, which is surprisingly hilly, while my daughter, Leah, and I explored the Metropolitan Museum of Art on Fifth Avenue. The Met is no ordinary museum. It gets more than 6 million visitors a year, has nearly 2 million items in its permanent collection and covers over 2 million square feet. The museum is about six times larger than the Milwaukee Art Museum and has 10 times the floor space of Madison’s Chazen Art Museum.

Our first brush with Wisconsin in the Met came in “Play It Loud: Instruments of Rock & Roll,” a temporary exhibit that runs through Oct. 1 and features 130 instruments played by musicians like Chuck Berry, Eric Clapton, Lady Gaga and Jimi Hendrix. Just around the corner from the Beatles display, which included Ringo Starr’s Ludwig drum kit, we found a Gibson Les Paul Custom guitar that was purchased by Led Zeppelin’s Jimmy Page in 1960. The guitar was stolen in 1970 but it was returned to Page in 2010. Les Paul was born in Waukesha, was a singer and songwriter and in 1940 began building his own guitars, which are now legendary in the industry.

After leaving the exhibit, we stumbled onto a 1931 painting by Sun Prairie’s Georgia O’Keeffe before going deeper into the American Wing of the museum, where we found John Steuart Curry’s painting, “Wisconsin Landscape.” It was created in the late 1930s when thousands of small farms dotted the state.

But while Curry’s 42- by-84-inch oil painting is relatively modest, its meaning, 80 years after it was finished in 1939 while Curry was an artist in residence at UW-Madison, is even more pointed. We are in a time where the rural landscape of Wisconsin is undergoing a seismic shift thanks to a variety of factors that include too much milk, low prices, increasing input costs and, more recently, tariffs that have driven down demand from buyers in foreign countries, primarily China.