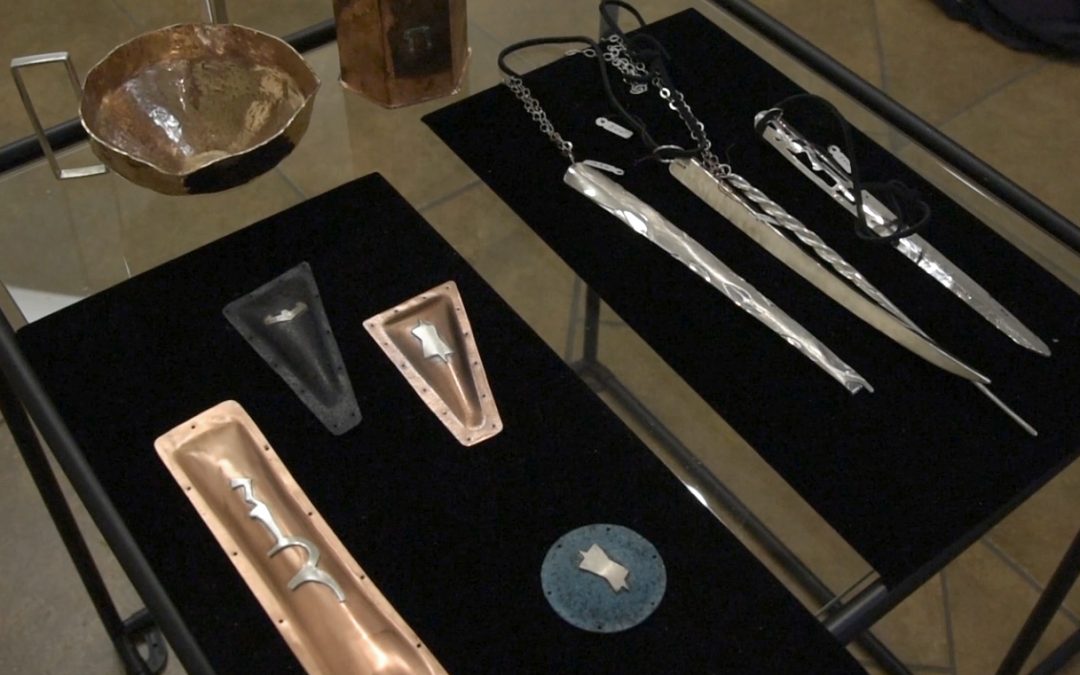 Jim Cohen [MFA ’04] used to be a lawyer. He’s good with words and a great conversationalist.

But when he began to explain a sterling silver yad and a Torah breastplate he made and donated to the U.S. Armed Forces, words began catching in his throat.

Cohen had spent more than two decades in the Air Force. And although Cohen said he’s not a very religious person, he sees importance in ritual objects.

For Cohen, making ritual Jewish objects, or Judaica, is a way of his helping to keep religion alive.

A “yad” is a pointer to read the Torah with. A “Torah breastplate” is a metal shield placed on the covering of the Torah.

But Cohen hasn’t always made Judaica. In fact, being a jeweler was a relatively recent development in his life.

After his military career, Cohen worked as a lawyer in the Air Force General Counsel’s office in the Pentagon. In the evenings, he took jewelry making classes at a community arts center called the Torpedo Factory in Alexandria, Virginia. It was a result of those classes that he decided to quit his job and pursue metalworking.

Cohen left his job after his wife Seren completed her PhD and they moved to Madison, Wisconsin to pursue a Master of Fine Arts.

He later gravitated to Santa Fe, New Mexico where he said many well-known people in his field worked. He described Santa Fe as an art colony, where he could just stand by and watch artists create.

Today, he works in Durham, where he has a studio at Liberty Arts.

Cohen describes his work as taking items and “slightly change their appearance, so that you would not expect it, but nonetheless find it interesting, beautiful, intriguing.”

For example, Jim had created a left-handed bowl with a metal left-hand sculpted into it, a dreidel redesigned as a compass or slanted shot glasses to confuse people who have drunk too much.

When pressed about the idea of beauty, Cohen said, “I can ask you why you made decisions. And as long as you can justify that decision and carry it through to what you were doing, then I think you’ve done your job.”