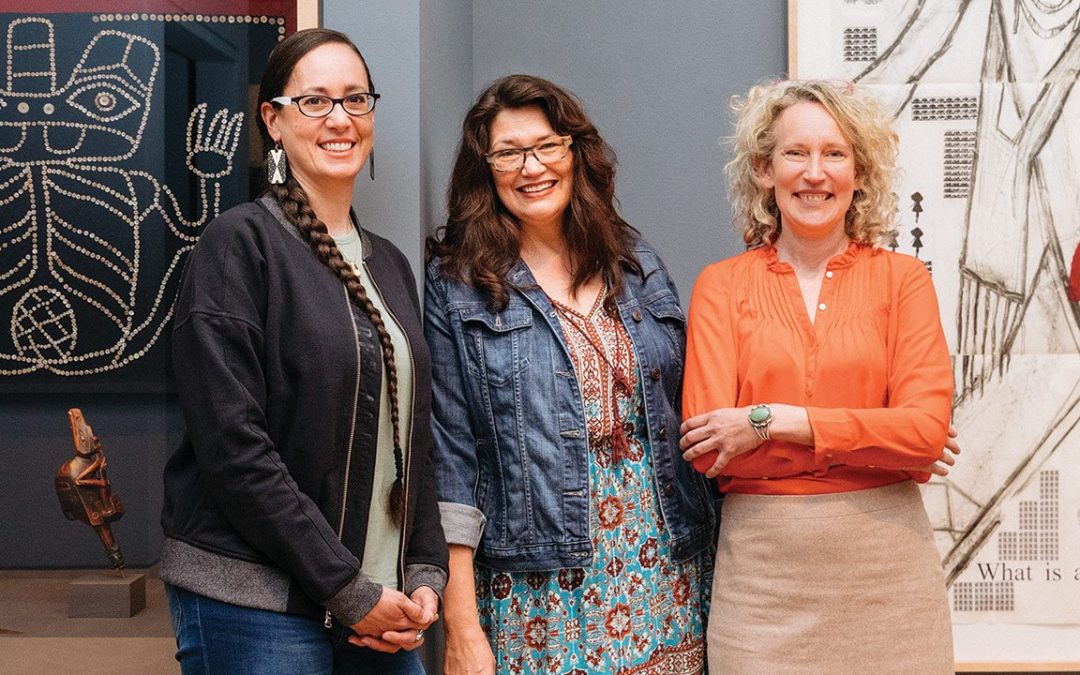 How to convey the magnitude of Hearts of Our People: Native Women Artists, the show opening this June at the Minneapolis Institute of Art? How about this: Simply imagine a grand colonial role reversal.

Starting around, say, 1492, Native American women storm into Florence, Italy. They love what they see and grab it all. They pluck Raphaels and Botticellis from private homes, while musing to one another: This must be the type of things Italians make all the time. They toss it all into their ships’ holds, in case Native American scientists back in North America want to mine the paintings for data about these quaint Europeans and their mysterious lives.

Plundering along, these Native American women happen upon Michelangelo’s Pietà. Looking at the death of Christ rendered in folds of marble, they declare, I bet this here rock could reveal the secrets of local geology! So what if distinct cultural forces—a powerful and unique history—had come together to educate and elevate these particular pieces and these specific Italian men? So what?

They keep going, these Native American conquerors. They waltz into France and seize the Renaissance tapestries, blitz into Germany to snatch the Durer engravings—you get the idea. These Native ladies then disperse the booty and get on with their lives.

Five hundred years pass. A few fortunes are made selling these Raphaels and Durers. Over the centuries, some Native American women make even more money buying additional works from the descendants of Raphael and Durer. These latter-day artists have been relocated and incarcerated, after the Native American women marched them out of Florence and Nuremberg and appropriated their homes.

The descendants, too, rarely get celebrated as individuals. Sure, some are Caravaggio and Klimt, but no one looks into the details. After all, they’re just making the routine handiwork that Italians and Germans do to pass the time between harvests, as any primitive people might.

There’s a reason that the show came together here—several reasons, really.

First, Kaywin Feldman, the now-departed director of Mia, accepted the 19-person board—a hard sell for most directors looking at the bottom line.

Second, the Shakopee Mdewakanton Sioux Community, of Mystic Lake Casino fame (and wealth), helped finance the exhibit. In fact, for many years, the tribe has steadfastly backed many Native artists and cultural projects.