Bearing the bandages, water and sponge,
Straight and swift to my wounded I go…
-Walt Whitman, from The Wound-Dresser

I’ve been thinking a lot lately about about the metaphorical and often quite real presence of the wound in contemporary art. Ideas about the wound become more and more prevalent at the start of minimalism as art becomes purposefully iconic. 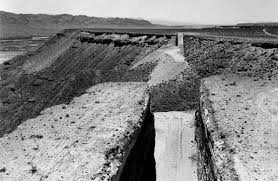 I am thinking about the Earthworks era when artists such as Michael Heizer cut long swaths (gashes really) out of otherwise untouched desert landscapes. Double Negative is about absence as much as anything; it is a massive displacement of earth from its place of origin (at Morman Mesa in Las Vegas). Hyperallergic describes the work like this:

Double Negative at twilight: the psychological experience after visiting Las Vegas is one of sensory isolation and decompression. Deep silence and a hyper-awareness of nuanced light and physicality of surroundings cleanse my sensory palette. These dual depressions became natural cathedrals of technological deprivation. In temperatures ranging from 92 to 114 degrees, the heat of this hellscape if anything is the most demanding of one’s attention, in contrast to my extremely frigid January visit to the Spiral Jetty in 18 degree Fahrenheit Utah.

This rendition of the writer’s experience makes me think of the reports about displaced individuals making the trek north from El Salvador, Guatemala, Honduras, and Mexico in conditions as difficult as those listed above, but without the attraction of artworks placed in remote sites. What is similar is the impact of the site on the psyche. The artists who moved out into the landscape to create such works as Spiral Jetty and Double Negative were, at their core, attempting to address the political landscape as well.

I have also been thinking about artists such as Shirin Neshat, living in exile from her homeland of Iran for some three decades. Neshat’s work in film and installation, includingTurbulent (1998), Rapture (1999), and Fervor (2000) address exile as a wound in order to inspire a deeply personal metaphorical way of thinking about art and its healing potential.

Artists such as Doris Salcedo, Hiroshi Sugimoto, David Wojarnowitz, and Ron Athey have used the metaphor of absence as presence as a way to mourn the loss of individuals, of hope and of freedom in their work.

The First Nations artist Rebecca Belmore embodies the wound of her own struggle in the performative image Fringe to speak about such loss and its healing.

In film, the wound is the place that has been broken and spliced back together in the timeline, where the cut is a virtual splice and disparate images are juxtaposed. 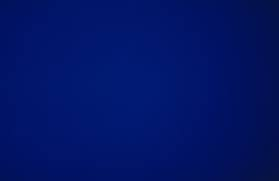 The cut breaks the smooth surface of the image and each one is a jagged puncture or rupture of the timeline, the linearity, the peaceful space of cinematic calm. Imagine if Andy Warhol’s Statue of Liberty or Derek Jarman’s Blue or was not one continuous shot. Suffering from AIDS-related complications, Jarmin’s Blue was completed in 1993, the year before his death.

In Derek Jarman’s last film Blue, the monochrome glow of the projected frame echoes the artist’s fading eyesight, as the soundtrack evokes powerful images of the mental, physical and emotional strain caused by his terminal illness.

The wound is a space of violence, albeit previously healed over (a scar) or something fresh and oozing still, not yet safe from further infiltration or infection.

Old films continue to break at the same place, their battleground splices giving way, opening up with the stress of viewing mechanics, as if being seen is a kind of violence or violation. So much of art is about wounding, grief, loss, coping, healing, the void; existential pain reified into an image, gesture, or object.

The image of the wound is one in which the world is, at least, partially healed. Still, a scar is formed over the top of the wound, a mnemonic that reminds us of the action that caused it. Art is a process of both calling attention to and healing such wounds.