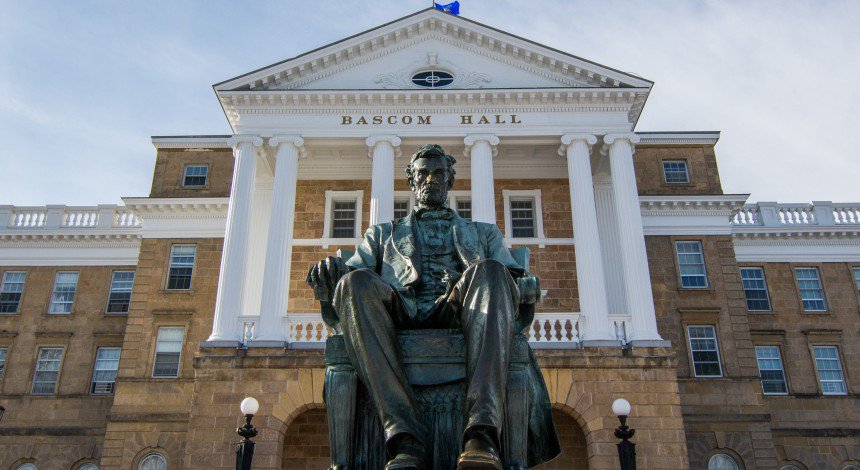 The spirit of activism and liberation Peggy Choy expresses through her dance existed long before she started teaching at the University of Wisconsin — long before she was even born.

It existed in her great aunt, who escaped an abusive relationship on the back of a donkey. It existed in her grandfather, who fought the Japanese occupation of Korea as a member of an underground freedom movement. And it existed in her mother, who understood the issues facing indigenous Kanaka Maoli Hawaiians when she supported the Hawaiian independence movement.

As an associate dance professor, Choy has worked to expand how dance is taught at UW, on both an ethnic and cultural level, specializing in Korean and Japanese dance forms as well as Asian martial and vital energy arts.

“Through my dance I’m hoping to build bridges of interconnection through respect for this diversity,” Choy said.

As a result of her work in dance, Choy is one of six recipients of the UW Division of the Art’s Creative Arts Awards. Together, the six different awards offer a total of $84,000 in funding towards faculty, students and staff to pursue a broad range of creative arts work. Five of the awards are given annually, and one of them bi-annually.

The committee assigned with giving out the awards evaluated funding proposals on a variety of criteria, including creativity, innovation and planning. The most important criteria, however, were how the individual’s work affected the community and how it contributed to the art form, Mark Hetzler, a UW trombone professor who chaired the awards committee, said.

UW digital arts professor Stephen Hilyard won one of the awards for his proposal for a new video art and film project called “Rousseau’s Daughter,” which examines the French enlightenment philosopher Jean Jacques Rousseau’s philosophy and approach to child rearing.

Read more at the Badger Herald