Our elevator in the Humanities Building stopped working last week, and while it may seem a minor inconvenience on the surface, I immediately felt a sense of shame for how it impacted our students with disabilities and any other community members who are affected. I have been thinking about how, generally, invisible disability is in the discourses of art, from mental health to physical impairment across a wide range of definitions. We are told our elevator will be unavailable for some time, and we have reached out to those who need assistance, however, I want to start speaking more publicly about art’s relationship to disability and integrating those thoughts into my teaching as well.

Artists age, as do all people, and often aging may swerve into disability, compromising technical or cognitive abilities of artists. Trauma in many forms can push artists into disability or mental illness; we are neither immune from such concerns nor are we activated enough in regard to being a part of a larger conversation around disability in general. Disability often recedes into the margins of the arts or worse, becomes fetishized, or made exotic as the histories of early modern art informs us.

Speaking about the way in which early modernists, such as Picasso, appropriated and exoticized African art and mined the cultural other for some sort of unfettered creative spirit, the disability arts activist Petra Kuppers notes that disability is treated in a similar way yet today:

While art history critiques these eroticizing moves around issues of racialized and ethnic otherness, the outsider art impetus is still alive and well in the ways the contemporary art scene frames disability.

Comparing the ways in which disability is framed in contemporary art discourse to those examples of appropriation and othering, Kuppers observes that:

Surrealist thinkers found revelation and rejuvenation in the art of asylum inmates, mad people, irrational convoluted thinkers and cognitively different painters, casting those locked away in a supposedly timeless present, as Others to an increasingly rational and organized dominant culture.

Disability is, to some extent, hiding in plain sight across an interdisciplinary spectrum of the arts. In the UK, the mixed-ability dance company Candoco combines “disabled and non-disabled” dancers in work for the stage and for film that is complex and collaborative, challenging the perceptions of normative bodies in performance. 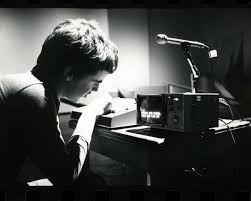 The collaborations of Christopher Knowles and theater director Robert Wilson are almost mythic since the early days of Wilson’s ground-breaking work for the theater. Knowles, who is autistic, began his 40+ year career in his teens. According to Jeff Goldberg, he was discovered by the experimental theater director Robert Wilson (and subsequently) began contributing to and performing in Wilson’s epic avant-garde stage works, like the opera Einstein on the Beach (1976), for which Knowles wrote the libretto. Goldberg explains that while Knowles’s work with Wilson is widely recognized, his own wide-ranging practice has received less attention. However, that has changed with a number of gallery and museum shows in recent years in which Knowles exhibits drawings, paintings, typed text pieces, and performance documentation.

The theater artist and director Joseph Chaikin, most well-known for his work with the Open Theater Collective based in New York’s Greenwich Village and later for his work with playwright Sam Shepard, suffered a stroke at age 48 that left him with aphasia and unable to speak. His shattered speech became a focal point of his writing and performing until the end of his life, asking his audience to reconsider how we communicate and perceive language at its most basic.

As we further integrate discussions about gender and identity into our broader understanding of art and culture, so must we begin to have a greater dialog with disability in the arts. Diversity is an ever-broadening term especially when we think of how we make and hold space for new and evolving voices in the art world.