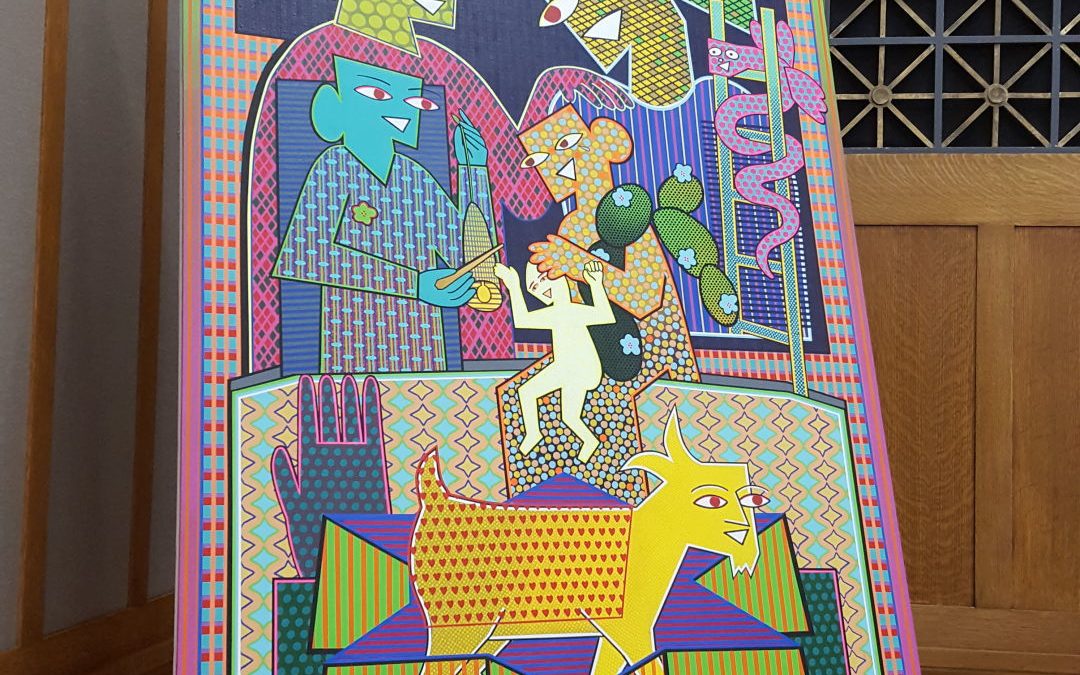 “We’re trying to feature a lot of our nonprofit partners,” Wolf said.

To that end, she chose 11 prints from “Women Against Hate, United By Love,” a series by Kelly Parks Snider, Rachael Griffin [MFA ’16] and Leigh Garcia [MFA ’18]. Each portrait shows a woman with a quote she chose: “You are adored,” says one. “We’re all Americans, but if I’m not free, you aren’t free,” says another. The series was recently on display at the Arts + Literature Laboratory.

Artist Romano Johnson has two works on view, including a large-scale glittery piece reminiscent of Tina Turner. Johnson is involved with ArtWorking, a mentorship program and studio for artists and entrepreneurs with developmental and intellectual disabilities.

Read more at The Cap Times