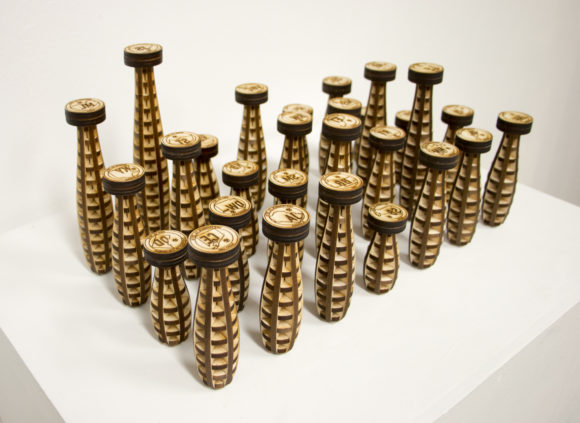 As I’m sitting in the airport in Iceland with my wife waiting for our flight back to the US, I read about the newest iteration of the federal government’s policy on gender, part of an ongoing effort to erase transgender and gender non-conforming folks through defining us away. I say “us” because I am a transwoman, and any effort to delegitimize trans identity directly affects the way I move through the world. So, this new development feels to me like that split second when something slips out of your hands and you aren’t sure if you are going to be able to catch it or if it’s going to hit the ground and shatter: vision tunneling and mind thinking of the worst possible outcomes.

On October 21, 2018, the New York Times reported on the Department of Health and Human Services’ plan to redefine gender as a biological “fact” determined at birth. “The department argued in its memo that key government agencies needed to adopt an explicit and uniform definition of gender as determined ‘on a biological basis that is clear, grounded in science, objective and administrable.’” Just days later, US officials proposed similar changes to UN Human Rights documents, replacing references to “gender-based violence” with the more narrowly defined “violence against women.” When transwomen are no longer recognized as women and violence against trans and gender non-conforming people is no longer recognized as violence, our lives feel increasingly unprotected. For the past few years, reports of fatal attacks against transgender people in the United States have been on the rise. In 2015, the murders of 23 trans people were reported, making it the deadliest year on record. In 2016, that number grew. The artwork pictured at the beginning of this article, Trans Effigy 2016 Seals, is a set of wax seal stamps representing the 27 trans and gender non-conforming people murdered in the US in 2016; the design for each stamp includes the individual’s name and the date and location of their death, and the handle length corresponds to the person’s age. In 2017, the number of trans lives lost to violence climbed to 29. By some reports, 2018 is on track to set yet another record. Attempts to erase trans existence by narrowly defining gender as “biological fact” need to be seen in this context.