Leaving the airport in Phoenix, Arizona last week, I took a cab to my next destination. I chatted with the driver about sports, in particular baseball, and he told me about sports he played growing up in Somalia, games that sounded like stickball or capture the flag by his description. We talked about our professions and when I mentioned that I teach in the field of art, he pulled out his phone to show me pictures of his eight-year-old daughter’s art projects. He spoke about her work as a father does, with admiration and a kind of astonishment for his daughter’s level of passion and skill. I expressed my opinion that there is a small window of time when children experience unfettered creativity, before they have experienced either judgement or criticism, and the demoralizing effect such things have on the spirit of a young artist. Such an incursion of real-world critique often ends one’s interest in all things creative. I urged him to create as much space as possible for his daughters artistic passions and he began to tell me about his own passions as a young man, specifically for photography. As he explained, with his iPhone, he is able to continue that passion, taking pictures of things he sees from his cab and on breaks. He shared his work with me as we drove. On days off he takes pictures of people fishing or children playing, of sunsets in the desert and other quotidian and often charming scenes. He then began to tell me a story about his favorite photographer, a man named Peter Lik, who he noted had sold a picture for more money that any other photographer in history.

He showed me the image on his phone; it was something like a picture you might encounter in a photo magazine or in a tourist-town art gallery, neither conceptually rich nor breathtakingly beautiful. However, through the artist’s Instagram platform, he had a fan in the gentleman driving my cab. In that moment, I was clearly aware of my own ideas about art and about how we value works of art and creative experiences in general. 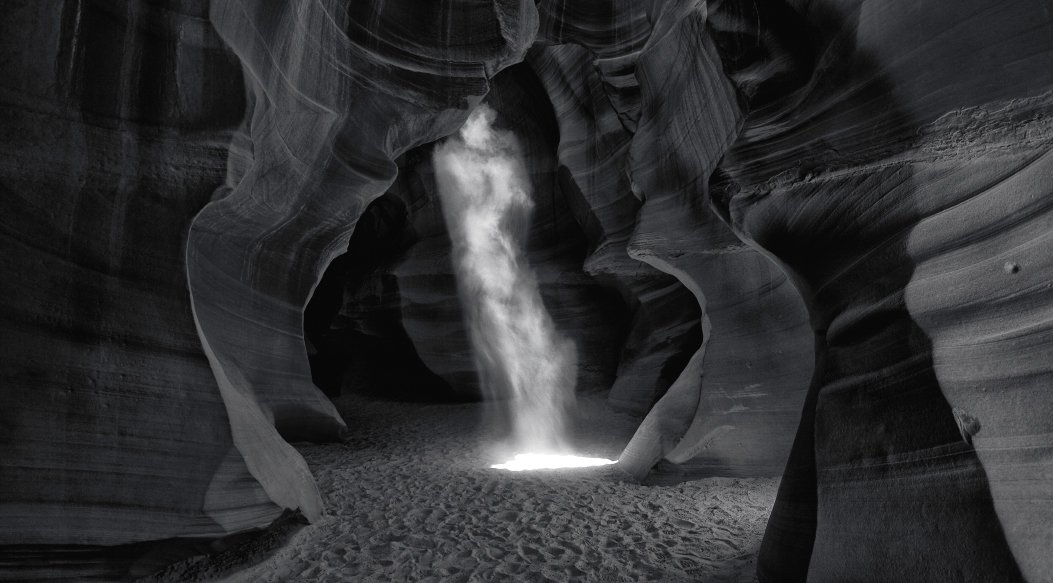 I thought about how much the work of Peter Lik meant to the man I had been conversing with for the last twenty minutes, and how the simplicity and financial reward of Lik’s photographs, their easy consumption via social media, created a wellspring of inspiration for my new friend. We talked about art in the same way we talked about baseball, without judgement, as fans really, sharing a kind of wonder about both. I thought about my own childhood art-life and recalled how lucky I was to grow in in the San Francisco Bay Area in an era of progressive education that valued the arts and all creative practice.

I was educated by a strange group of adults; some whom were WWII or Korean war vets, some Vietnam vets, some who luckily missed both wars, and many whose nascent adult life had straddled the period of time wherein the 1950’s became the anti-war era of the 1960’s. Many of whom transitioned from American Bandstand to the music of Bob Dylan in a very short and heady period of time.

In Junior High school I had an art teacher that changed my life by opening me up to the possibilities of a creative life. His partner, who was later my English teacher, worked in the library just steps from the art room where I spent most of my time, and had danced in New York with Yvonne Rainer and others. Together, they exposed me to a world of creativity that seemed that seemed quite different from anything I had previously encountered. At school in the multi-purpose auditorium we made land art and installations, and wrote poetry and played trust games. I recall being tossed upwards out of a parachute held by my thirteen-year-old friends and caught as I plummeted back toward the floor, all as some kind of consciousness raising exercise intended to give us an alternative to drugs. We seemed to live in our own little Black Mountain College experience, throwing pottery, listening to folk music and later San Francisco bands like the Jefferson Airplane and the Grateful Dead.

I remember the Summer of Love in 1967, my Bar Mitzvah in 1968, and watching the moon landing in my family’s living room in 1969. It was in this milieu that I began to absorb some of the life-work of people for whom creativity was a gateway to a full and generous life.