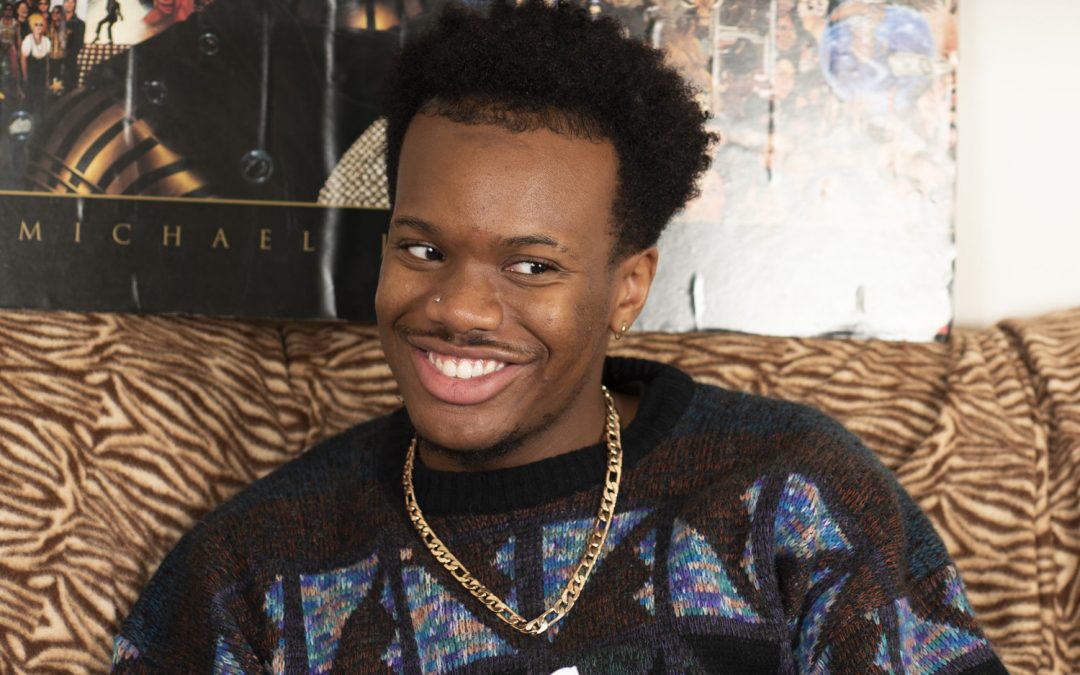 Dequadray White, who performs under his first name, immersed himself in visual art, theater, and poetry while growing up in Forest Park, Georgia, just south of Atlanta. During middle and high school he began to experiment with music, too, inspired in part by his brother, who collaborated with Gucci Mane under his MC name Jig Lo Ski. (This brother dubbed White’s first recordings, made with beats he grabbed on YouTube and SoundCloud, “cute.”) In the ensuing years, White has come to Madison to study in UW-Madison’s First Wave arts program and gradually figured out that he doesn’t want to choose one medium over another, and doesn’t have to.

White, now a junior, released his debut album, Dequadray: A Black Sitcom, this past spring. As the title implies, he approaches music with a conceptual and narrative bent that clearly has something to do with his theater background, but more importantly, Dequadray is at once playful and emotionally frank across the album’s 10 varied tracks of hip-hop and R&B. “Underestimated” pairs a bittersweet chorus with Dequadray’s sly, elastic rapping, and a choir of kids makes a charming appearance at the end. “For Whoever Brings Me Flowers” finds Dequadray somewhere close to tender piano-ballad territory, looking for the courage to move on after getting hurt: “You told me I was everything so you could use me / What a perfect illusion, I fall for it usually / Am I just made for this? Maybe I’m destined for this.” Over the chill, atmospheric funk of “Southbound,” he explores Atlanta via its not-so-great public transit system: “Wanna go downtown, mama said you better find a way / Get there in a breeze when you ridin’ M-A-R-T-A /  Bus 194, picking up at Conley / Hope nobody in a hurry ’cause it usually come whenever it wants.”