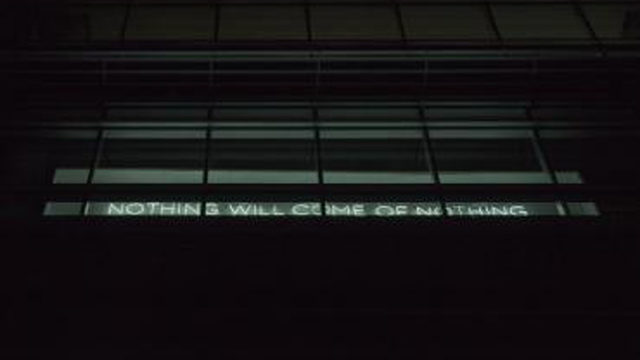 MADISON, Wis. – The fourth floor of 821 East Washington Ave. will be softly illuminated by white light throughout September and October as part of a temporary public art project.

According to a release, the new exhibit “Something” was installed on Sept. 14 at StartingBlock Madison. The exhibit is a Madison Arts Commission BLINK temporary public art project created by Ben Orozco and Emily Leach, two BFA students at the University of Wisconsin–Madison.

“Something” is a neon and fog installation representing Madison’s history of industry and progressivism. The neon text says, “Nothing will come of nothing.”

Throughout the night at predetermined times, the words will be obscured by a stream of fog, which culminates in a pure volume of white light. The fog is evacuated and reveals the phrase once again.