Looking Backwards With a Smile by Catherine Jozwik 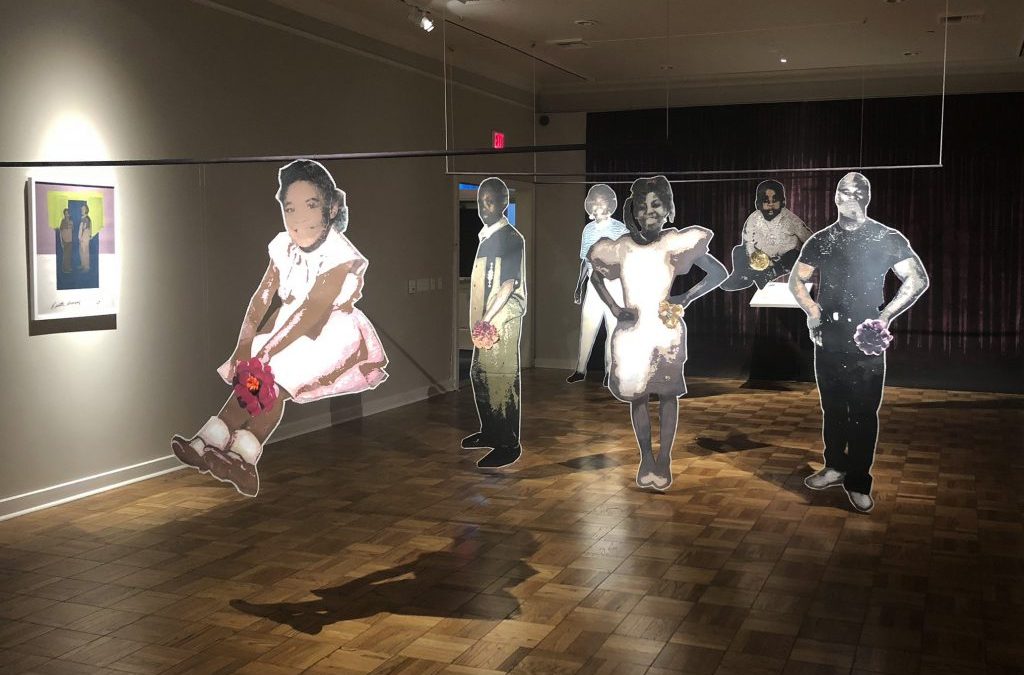 Artist Tyanna Buie [MFA ’10] had an upbringing that sounds tough: she was placed in foster care at an early age, growing up on Chicago’s South Side. She recalls living in a household with her aunt and eight other children. Yet there is a cheeriness to her work that is one of the surprises of this exhibit, called “Im∙Positioned,” now on display through November 25 at the Lynden Sculpture Garden, 2145 W. Brown Deer Rd.,

Buie, choreographer Reggie Wilson, visual artist Folayemi Wilson, filmmaker Portia Young, and batik artist Arianne King Comer, are among the Call and Response artists who “share a commitment to the radical Black imagination as a means to re-examine the past and imagine a better future,” according to Lynden’s website.