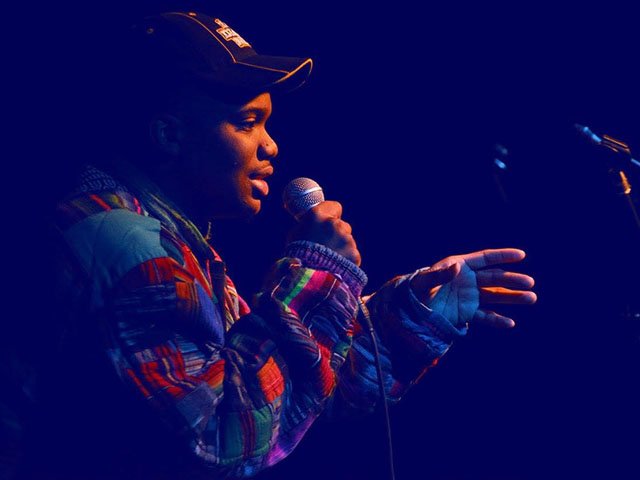 When we meet at Sushi Express on University Avenue, Dequadray White is wearing a pinstripe button-up, a SZA hat, and carrying a Peruvian handbag procured on a recent visit to Brazil. His first two years at UW-Madison, he says, have felt like six or seven, given the amount of growth and struggle he has experienced.

He pauses, beams, and tweets that message out to his followers. Connection is the goal for Dequadray, regardless of the platform.

The singer, rapper and producer (who goes by his first name) is halfway to earning an art degree at UW-Madison, where he is also working toward a certificate in Afro-American studies. The outspoken campus activist released an excellent album in February, Dequadray! A Black Sitcom, and is currently writing and experimenting with new songs while carving out a path in Madison as a queer, black artist.