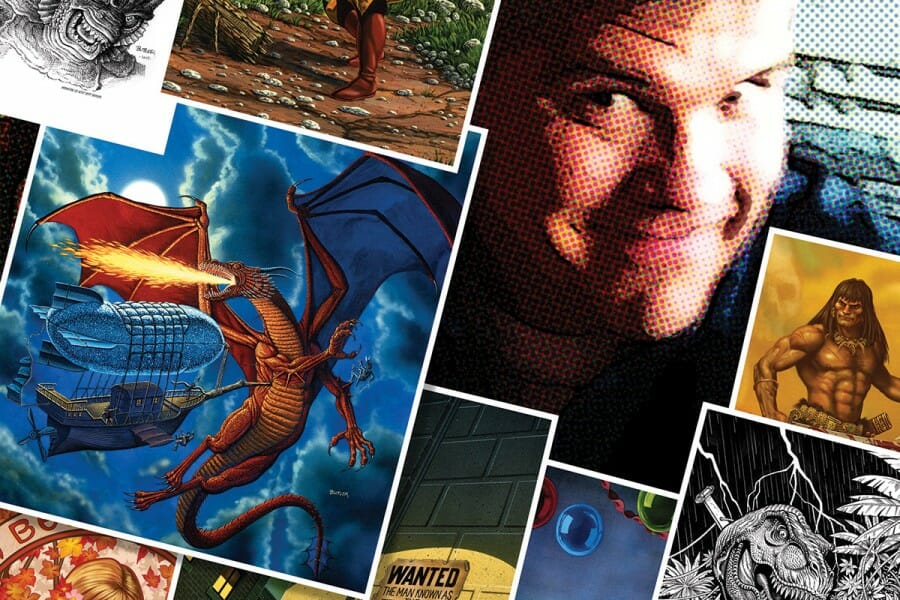 Jeff Butler x’18 has always loved the company of superheroes, starting with Batman and Bart Starr.

As a kid, he devoured comics. He read them over and over, studying the art. His mother, Bonnie, was convinced reading anything was a good thing and encouraged her energetic son to draw.

“I suspect it was a welcome break for her to have me sitting quietly for any length of time,” Butler says.

But his father, Tom ’50, wasn’t keen on his comic book obsession: “He thought they were trash,” says Butler. The two bonded instead over a shared love of football and his dad’s stories of sports legends.

Butler’s competing passions for art and athletics continued as he entered college in 1976, where he joined the Badger football team as a walk-on. But art ultimately won out, or as Butler puts it: “Mom won the argument.”

During his time at UW–Madison, Butler created a comic book and launched a career as a commercial artist that included illustrating Dungeons & Dragons, a landmark role playing game in which each player is assigned a character to inhabit during imaginary adventures that take place in a fantasy world. D&D has influenced pop culture for decades.

Read more at On Wisconsin