Belly up to the… museum? by Michael Muckian 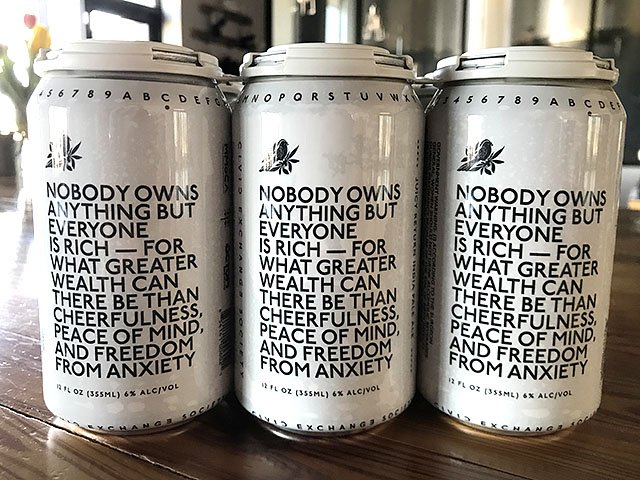 Tap into any beer-fueled conversation and a variety of barroom philosophies may emerge. Chances are the ideas of Sir Thomas More won’t be among them.

But More’s philosophy of civic responsibility and social discourse outlined in his 1516 satire Utopia is a driving force for artist Meg Mitchell and her latest project at the Madison Museum of Contemporary Art.

Mitchell, an associate professor of digital media at UW-Madison, joined Octopi Brewing and design studio Art & Sons to create the “Civic Exchange Society,” whose first artistic effort is called CES-001 Juicy Return IPA. The hazy, hoppy beer is brewed in the popular New England style and packaged in interactive cans complete with sayings from More and other philosophers.

Beer, by its very nature, promotes social discourse and creates its own brand of community, says Mitchell, who describes herself as a “casual beer enthusiast.” She thinks the release of Juicy Return IPA could encourage discussion beyond the established arts community.