I have a copy of a book written in 1982 by the artist Robert Irwin, with which I have recently re‐engaged, called Seeing is Forgetting the Name of the Thing One Sees. I borrowed the title for a chapter in my own book in order to allude to Irwin’s idea that an experience in which our senses are overwhelmed and confused simultaneously catalyzes a kind of gut reaction that, when it occurs, moves us inexplicably. Seeing, the complex method by which images enter our consciousness, is a most basic technological phenomenon, and at once perhaps the most profound. It is a phenomenon that occupied the minds of some of the most gifted, well‐known artists and thinkers of the Renaissance: the notion that one could, through the use of an interface or prosthetic device, translate the raw human experience of the real world into a calculable Cartesian system. For artists in the drawing studio it is a challenge of observation and technique. For the artist working with cameras or other such image making devices, it is a similar proposition. 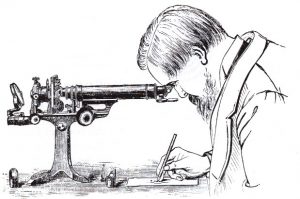 All methods of optical reproduction, from still photography to video and film, take as their operating principal the phenomenon of vision. Seeing is the first step toward both Capturing the likeness of a thing and also the mechanical or digital reproduction of the thing. Cameras mimic this phenomenon (as does any digital recording device) and open a portal to the technologies of both still and moving image media. These technologies of representation are the initial step toward the circulation of performative events and works of art as they enter the domain of the digital: websites, YouTube, and social media, along with other digital data streams, are the messengers of contemporary culture. Digital media is both the archive of culture and the distributor of it, a confusing dual‐purposed system of technologies that are used both by and for artists of all practices. In the first iteration, technology is a method of graphing, of writing and of inscribing with a sense of the esthetic value of the technology of representation. In the second, it is a method of retrieving, re‐playing and distributing, a second witnessing of that which was initially intended for a live audience.

Technology and democracy are often mentioned in the same breath. The “Arab Spring” and social media, for instance, or the internet as a force for democratizing information, are linked cultural tropes that present a new global model but are simultaneously fraught and problematic as well. Technology is not monolithic and not neutral; it carries with it embedded meaning and cultural codes having to do with access, race, gender, class, and all of the semiotic markers that exist in the corporeal non‐digital world as well. For much of our contemporary culture, the point of contact and the moment of connectedness and interface is one or another mediated experience consumed in isolation: social media, streaming video, and screen-based experiences of culture, of art, and of relationships, offer a sense of knowing and of connectedness. Digital culture assumes a kind of community, or at least the rhetoric of new technologies offers a sense of belonging. As citizens of a previously defined community, a community of artists and makers of culture, we must also assume that in a pluralistic and democratic world we have a powerful voice in how we negotiate a creative and critical discourse in all areas of engagement. Each dance, each film, each line of poetry is an act of engagement. Each downloaded file, each text message, and each post to a social media site is an act of engagement. It seems of use in this cultural moment, as we conjecture and muse together, to ask, what is the value of such acts of engagement and what do we mean to accomplish by them? What is the value and what is the cost of our investment in the technologies of the moment, and are we truly present in in these mediated experiences? Do we inscribe ourselves in a meaningful way as we migrate our creativity through technology and more importantly, do we inscribe meaning with a sense of permanence? 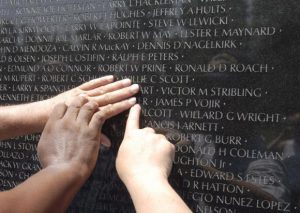 The author Sally Ann Ness notes that, “permanence is a defining feature of inscription. It endows inscription with a character of “written‐ness” that exceeds all other forms of writing.” For example, think of the kind of public writing that we find on monuments or memorials. Imagine Maya Lin’s Vietnam Memorial or the more personal stone at the site of a loved one’s burial place. This is public inscription, writing made permanent by the materiality of its host: stone, marble, granite. It inspires us to remember and as Robert Irwin suggests, inspires us to forget the thing we see, instead to feel the experience of the gesture of inscription itself.