A Lifetime of Learning: A look at the career of tribal artist Joe Feddersen by Karrenia Simpson 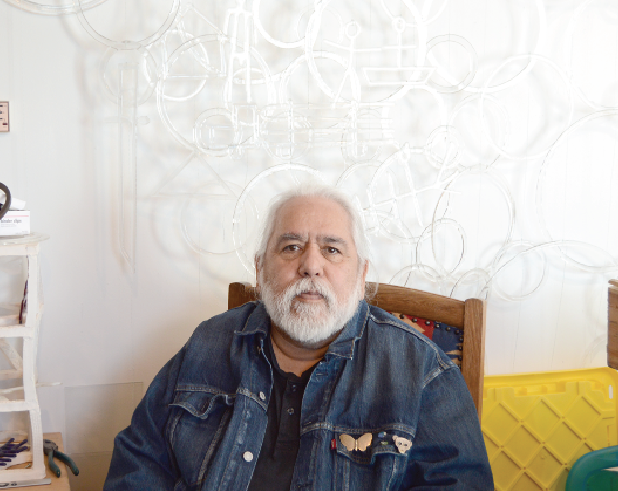 When he was 26 years old, Colville tribal artist Joe Feddersen [MFA ’89] had worked at the Rocky Reach Dam in Wenatchee for close to seven years. He realized he would have to spend 23 more years there before he could retire.

Twenty-three years was too long for Feddersen, so he cashed in his retirement and decided to go back to school at the University of Washington. This was the pivotal moment when he realized he wanted to pursue a career in the arts.

His works are collected by major institutes across the country including the Smithsonian in Washington D.C., the Whitney in New York, Eiteljorg Museum in Indianapolis, the Seattle Art Museum, the Museum of Glass in Tacoma, Portland Art Museum, Craft Museum in Portland and the Haley Ford Museum in Salem, Oregon. Feddersen’s work is represented in a number of books including: Mixed Blessings, by Lucy Lippard, Manifestations, by IAIA Santa FeNM, Changing Hands, by Museum of Art Design NY and a monogram Joe Feddersen/Vital Signs is part of the Jacob Lawrence book series from the University of Washington.