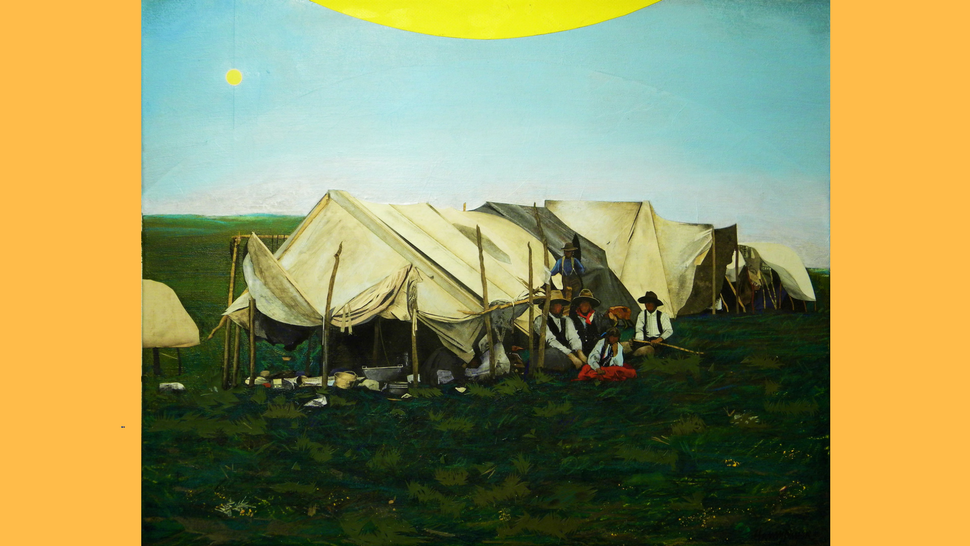 Visual art is rarely an active medium; works sit on pedestals or hang on walls to be observed, not witnessed. Creation so often happens in the studio, away from the prying eyes of the public.

Such is not the case, however, at the University of Nebraska-Lincoln’s Great Plains Art Museum, where, for the month of March, the public is invited to watch as their 2018 artist-in-residence, Henry Payer [MFA 13], creates an original piece in the gallery’s lobby.

Payer, who has an MFA from the University of Wisconsin-Madison, is a member of the Ho-Chunk Nation, an indigenous people whose ancestral lands encompass large swaths of Nebraska, Wisconsin Illinois, and Minnesota.