It is hard to write anything in the face of overwhelming grief after a public tragedy as others are burdened with mourning and loss. Perhaps there is some measure of comfort to be found in thinking about how art functions in such times, as both a balm and as a space of hope. But what can art actually do in the face of grief? While art does not stand in the path of violence, it often rushes into the void created by the aftermath of violence. It is regularly deployed in the space of grief to memorialize, to note, to protest, or to simply provide a space of calm—of contemplation—where one may find some inner peace or sense of community in the wake of a violent act. We often see impromptu memorials spring up at the sites of trauma, crowd-sourced responses to losses that reach beyond the individual, to the group, or community where such grief seems to be multiplied in its scope and reach. 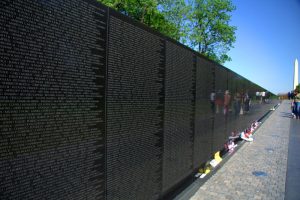 As the critic Michael Brenson has noted in Acts of Engagement: Writings on Art, Criticism, and Institutions, 1993-2002, artists are people after all, and people live lives into which grief and loss often intrude in ways that leave powerful scars of experience. In writing about Maya Lin’s Vietnam Memorial, he describes how the polished black granite surface engraved with names of the dead activates feelings of grief and loss, in a sense making the public exhibition of such emotions permissible and even welcomed. “Her ability to make public space the condition of an intense and empowering experience of privacy is almost miraculous.” Thus private grief becomes part of the public domain. Perhaps social media and media in general has begun to usurp such spaces of recognition and formal grieving, though artists persist in creating personal statements that speak to similar concerns as Maya Lin’s work. 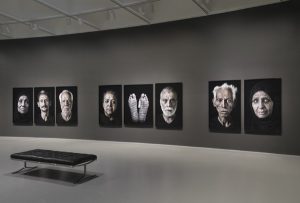 Shirin Neshat’s series Our House Is on Fire, which focuses on the experience of Egyptian citizens after the Arab Spring, is a personal and powerful study of grief that explores the consequences of the recent revolution in Egypt. Neshat sought out her subjects on the streets of Cairo and in them articulates the embodiment of mourning, the literal faces of grief. Emblematic of Neshat’s previous work, Our House Is on Fire is a series of close-up portraits that force the viewer to contemplate the question of what grief looks like as the subjects gaze back at the viewer. 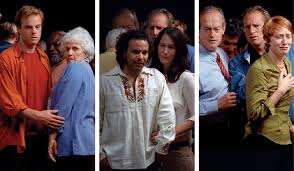 I recall seeing Bill Viola’s single channel video installation Observance from 2002, and while it has a similar feeling to much of his later work, Observance is clearly focused on loss and mourning as embodied by the group of individuals on-screen. While we never see what they see, we are aware through their body language that what they are looking at is both horrible and sad. The contortions of the subject’s faces and bodies tell us they are in great discomfort, and I recall a great feeling of empathy for them. Viola has discussed this work and the larger series called The Passions, noting that, “It is about people being overwhelmed by forces that are greater than them.” 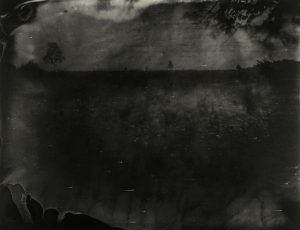 The way in which artists call to mind loss is often oblique and transient, at times literary, but dependably personal. I am thinking about the photographer Sally Mann’s series of landscape photographs, made at the Antietam Battlefield in Sharpsburg, Maryland, a historic Civil War location where, on one day in September of 1862, 23,000 men were killed, wounded, or declared missing. While the tone and surface quality of the large scale photographs feel authentic and of the time they portend to, we see no bodies, no death, and yet, still we feel a tremendous weight and a ghostly absence. We know this is a place where something terrible has happened and Mann asks us to contemplate the gravity of such a loss.

Perhaps if there was a soundtrack for work about mourning, it might be Olivier Messiaen’s Quartet for the End of Time, written while in a prisoner-of-war camp in Görlitz, Germany during World War II. Messian, a French soldier, was captured during the German invasion of France in 1940. Even if one does not actually listen to the haunting score by Messian, the title is enough. It suggests a post-historical space where art speaks to the insanity of violence and its aftermath.