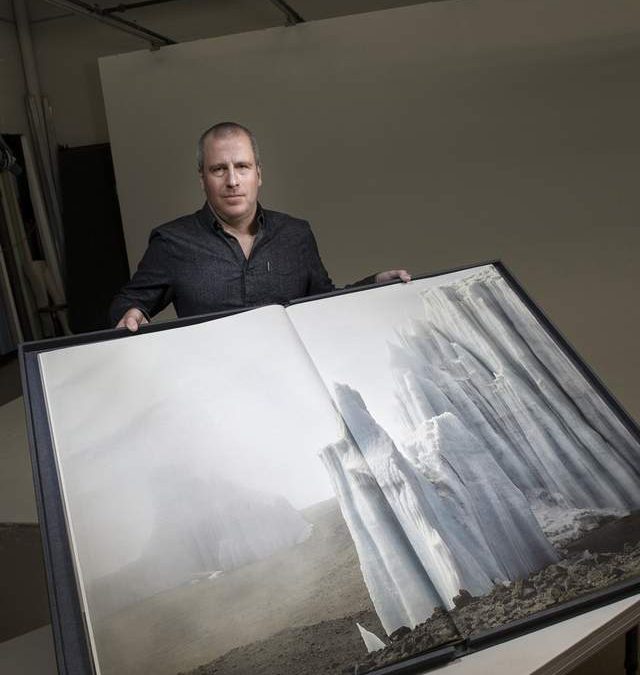 Montana State University photography professor Ian van Coller’s efforts to shine a light on climate change have resulted in a series of art books documenting diminishing glaciers, including one that is on exhibit at New York City’s Metropolitan Museum of Art.

Van Coller is one of three authors who collaborated to create “The Last Glacier,” which is on display at the museum’s Robert Wood Johnson Jr. Gallery through Feb. 5. The book, which is 25 inches by 40 inches when open, is composed of 13 woodcuts and 10 photographs that document the melting of glaciers in Glacier National Park. In addition to van Coller, other collaborators include Todd Anderson [BFA ’97], a printmaking professor at Clemson University, and Bruce Crownover [MFA ’89], a master printer at Tandem Press at the University of Wisconsin-Madison.

The trio are friends and developed the concept for the book in 2012 while they were hiking to some of Glacier Park’s most remote glaciers, van Coller said.