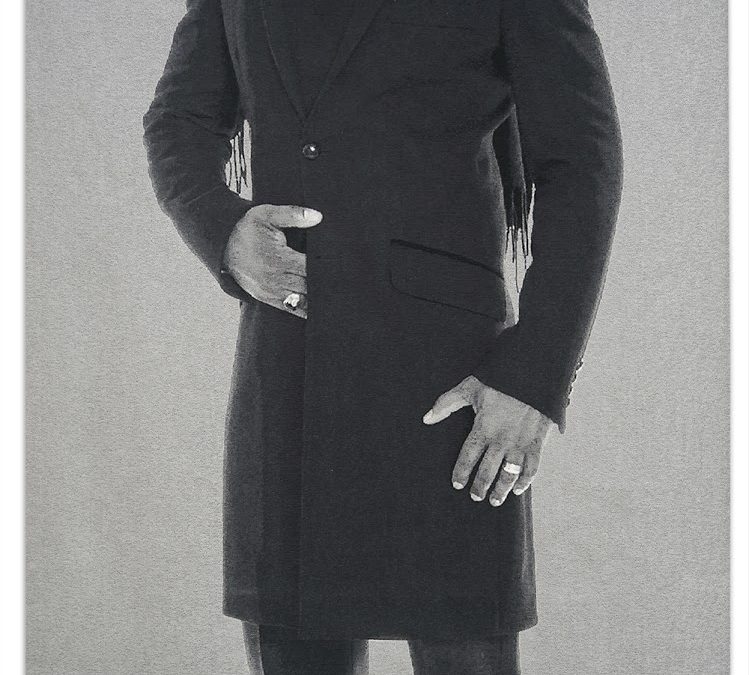 The following conversation between Nicholas Stone (NS) and Faisal Abdu’Allah (FAA) took place at Magnolia Editions on October 28, 2017, as Abdu’Allah was finishing up his latest Magnolia publications, the Duppy Conqueror tapestry triptych as well as printed elements for the mixed-media installation After Kosuth.

NS: Can you describe the context or background that this new work emerged from?

FAA: I had a retrospective in Spain in 2012, The Art of Dislocation, which was 20-25 years of work. That was my first solo show since 2007 or 8. In 2007, I did the Goldfinger piece, which was the work with the British mafia on gold plated surfaces. And I also did in 2008 the short film “The Browning of Britannia,” about the guy who alleges to be the illegitimate son of Edward VIII. So I think a lot of time has passed and I’ve evolved, I’m now in the US, and my work has to in some ways reflect my space. Since I’ve been here, I’ve become more and more conscious of me as a Black body, a politicized body. I’m trying to somehow see the politics through my own selfish British lens of looking at one’s center rather than the construct of race. The more I dug deeper into the history of the US and the history of my own politicized body, I began to think about this notion of a broader section of society being hoodwinked by the minority in society. I don’t think the minority are the people of color: the minority are the people in power. But they’ve hoodwinked them, saying: you are a minority and therefore you think in this way.

So for the last year, I’ve been toying with this inner alter-ego. I’ve come to the conclusion in my own head that this alter-ego is a shape-shifter that has lived throughout the years, even before me. And this shape-shifter cohabitates in different beings — beings of different aesthetics; i don’t want to say race — different aesthetics, different gender orientations, they’re neutral — but that shape-shifter or that spirit is a protagonist. It is a spirit that is there to ensure to people that there is hope and to say: maybe think about the world through this lens.