A window into their lives: Mystic Museum of Art explores the work of artists and couple Wendy Edwards and Jerry Mischak [MFA ’80] by Mary Biekert 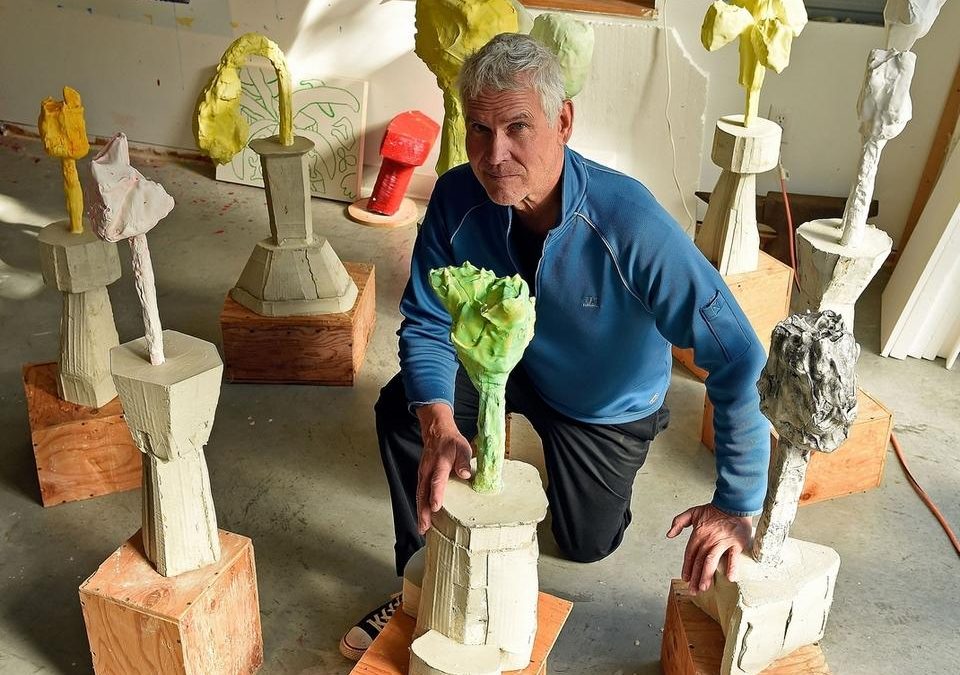 When Mystic Museum of Art Executive Director George King visited the East Providence home and studios of acclaimed artists and married couple Wendy Edwards and Jerry Mischak, he was struck by the individuality of their recent works and, at the same time, by the similarities.

He hadn’t planned to show the two artists together but changed his mind when he saw that the couple’s pieces complement each other. They both focus on floral arrangements and juxtapose their base elements — his concrete pedestals, hers broad strokes of bright color — with the textures of their depicted flowers.

“When you put them together, his in the middle of the gallery surrounded by the strong colorful work by Wendy, they do have a tendency to speak to one another. They exist on their own and yet coexist with one another,” King says.

His observances came as a surprise to the two artists, however, who, despite having been together since 1979, have established separate artistic careers and reputations from one another.

Read more at The Day