We are formed by what we have experienced; what we witness shapes us as artists, thinkers, and citizens. I keep a mental index of those creative and inspirational individuals whose paths I have crossed at one time or another, and often muse on how each interaction impressed itself upon my own evolution. I realize that in many instances I was unaware of the value of those moments; even glibly dismissive of the possibility that such an opportunity might provide grist for my own mill. In the rearview mirror those rare meetings with people who clearly changed the trajectory of their field take on often mythic proportions. 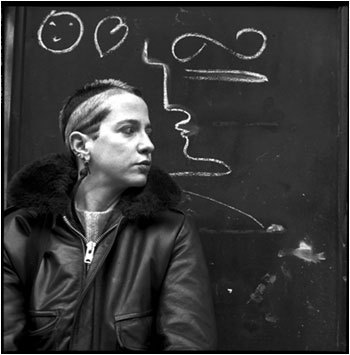 I had the opportunity to see the writer Kathy Acker read from her work in 1992 when she came to Hollins College where I happened to be teaching. She spoke to a small crowd at a women’s college, and we in the audience were privy to a kind of crackling energy one would expect to encounter in a bigger venue in a bigger city. Acker was a force; the author of ten novels, multiple short stories and essays, a screenplay, and an opera. Acker was also was a performance artist well-known in New York’s East Village and beyond, whose premature death from cancer at the age of 53 in 1997 was a shock to anyone who had ever seen her speak or publicly read her work. 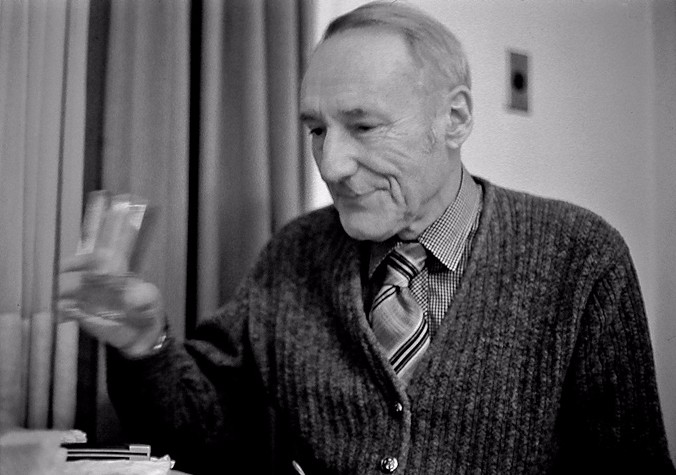 One of Acker’s inspirations was the writer William Burroughs, who I was also lucky enough to see read from his own work in San Francisco in the late 1970’s when he opened for a young Laurie Anderson at a seedy Market Street theater. Burroughs had, by that time, become mythologized. He was always in print and always the same; shocking, erudite and charismatic. Artists like Acker and Burroughs push the margins of art, moving the boundaries away from the center to consistently jostle the slumbering status quo. The Punk music scene saw in Burroughs, and later Acker, kindred spirits, anarchists whose words on the page reinforced the rawness and unbridled energy of the mosh pit; the transference of purpose across media, especially between music and art or art and literature, is a constant. It’s a particular kind of synesthesic understanding of the universe in which the call may exist in one media and the response occurs in another.

Rhetorical questions animate art. Artists ask, “What if?” and use open-ended questions to motivate the labor of art-making. In each era we see patterns and systems inherent in every art form become clearer as bits of information come to light and meta-narratives get fleshed out with the connective tissue of theory, documentation, anecdotal information, and history itself.

Artists like Acker, the painter Jean Basquiat, Eva Hesse, and many others burned brightly for a short period of time and flamed out. Yet others still persist and we meet them at various stages in their lives. If we are available there is something to be learned with each interaction. For me those meetings are a road map, each one a gentle shove toward the future.